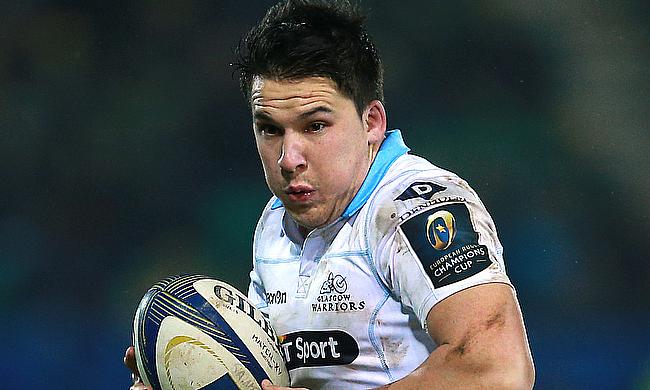 Glasgow Warriors have confirmed that centre duo Sam Johnson and Nick Grigg have penned new deals with the Pro 12 club.

Australia born Johnson joined Glasgow Warriors in 2015 from Queensland Reds and has signed two-year deal with the Scotscoun club. Even though, the 23-year-old's Super Rugby appearances were limited to just two, he has been a prominent member of Gregor Townsend's team and has featured in 10 games this season.

Johnson said he was deeply motivated by the goal of Glasgow Warriors and is now looking forward to work with their new head coach Dave Rennie, who will take over from Townsend in June.

"I definitely wanted to stay and Dave Rennie (current Chiefs coach who will take over Glasgow next season) was a major factor. The way Glasgow have performed lately it's definitely the best choice for me to stay for my own personal development.

"We're selling out the stadium every week and more and more people are getting excited about the club and where it's going and we've qualified for the quarter-finals of the European Rugby Champions Cup for the first time. If we continue down that road anything is possible for this club.

"I've been fortunate enough to play most of the European games inside Alex (Dunbar) and I get so much confidence playing with him.

"I'm looking forward to working with Dave Rennie next season. The Chiefs have been really successful since he's been there, so if he can bring that flair and continue that attack side of things I think that will help me develop.

"We've got huge games coming up starting with the Scarlets on Friday night. It's a really important time and we've got to continue the hard work on the pitch."

Meanwhile, Grigg, 24, has penned a one-year deal with the club and was a product of BT Sport Scottish Rugby Academy. He was also part of the Scotland training camp during the autumn internationals and has represented the Sevens team two times last year.

He said: "I'm pretty excited to see what the future holds for me for the rest of this season and next season and I'm stoked to get an extended deal from the club."

Townsend stated that the duo committing to the club will be a big boost.

"Sam and Nick have played a good amount of rugby this season and have done really well when they've been given the opportunity.

"They are familiar playing with each other, having done so at Stirling County last year and for the Warriors this season.

"They work really hard and are keen to learn and it is great that they've both committed their futures to the club."