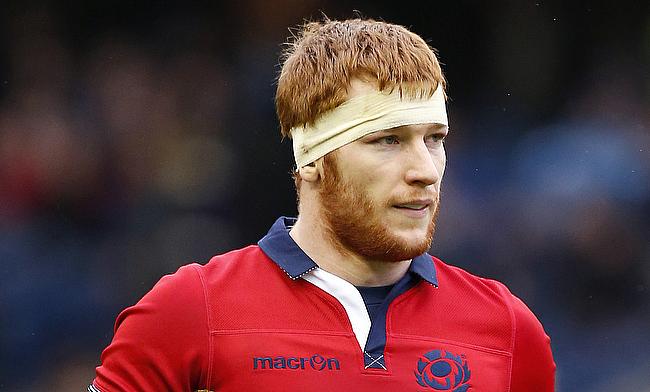 Glasgow Warriors flanker Rob Harley has affirmed that the team is focussed on their upcoming Pro 12 clash against Cardiff Blues on Saturday.

The Scotscoun based club will be hosting Cardiff Blues this weekend before they head to European Champions Cup double header against Munster and Leicester Tigers.

Gregor Townsend's men are in contention to make their first play-off ever in an European competition after topping Pool 1 with 13 points from four games but Harley insisted that the intermediate goal for the team is to break into the top four spot of Pro 12.

"There have been some great moments in my career at Glasgow and lots of fantastic achievements and that is a massive target for us especially as we haven't managed to progress through the group stages in Europe before. So it's a really important goal for the whole squad.

"It's just important that we keep winning games, there is a good mood among the whole squad, and if we can keep that feeling going, that's what we all want to have.

"We are a little bit outside the play-off spots just now so all these games take on a bit of added importance.

"It's a massive game for us as well and we're bringing quite good form from the last couple of games. We are back home in front of our fans at Scotstoun, but we know they will be massively up for it and it will be a huge challenge for us."

Both Glasgow Warriors and Scarlets are level with 36 points but the Welsh regional side are positioned fourth because of an improved points difference.

Glasgow Warriors will miss the service of Brian Alainu'uese for the next three encounters after he was found guilty of dangerous tackle during the game against Treviso.