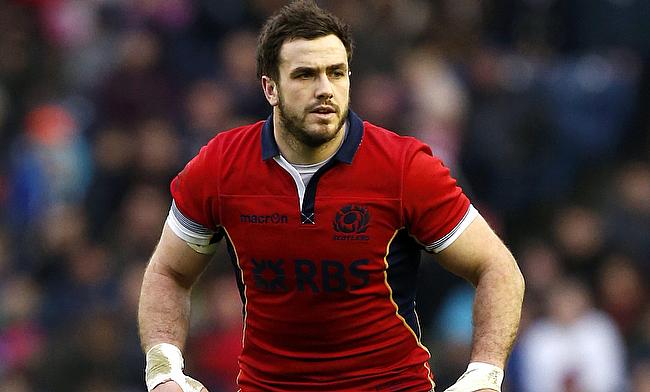 Scotland international Alex Dunbar has signed a contract extension with Glasgow Warriors which will see him remain with the Pro 12 club until 2019.

The 26-year-old made his professional rugby debut with Glasgow Warriors in 2009 and was named in the dream team of the year during the 2031-14 Pro 12 season.

Dunbar will join the likes of Stuart Hogg, Tommy Seymour, Henry Pyrgos and Tim Swinson, who have penned new contracts with the Scotstoun based club.

Former Wellington centre Dave Rennie is set to take over the head coach role of Glasgow Warriors in June from Gregor Townsend, who will take in charge of Scotland and Dunbar believes there is enough motivation left for him to continue with the club.

"There was interest and stuff there but at the time I just focused on my rugby and left everything else to my agent.

"Did I ever think about those options? I don't know. There were people talking about it but I was just concentrating on my game.

"I was so disappointed to have missed a lot of last year through injury that I just wanted to get back to enjoying my rugby again and playing regularly.

"Here at Glasgow we have a very ambitious squad that is improving.

"There have been other guys signing on too like Tommy, Hoggy, Swino and Henry, so it was good that they signed up early and committed themselves to the club.

"We are playing well so a lot of boys were happy to stay and keep developing.

"Dave will come in and find a settled squad. There are also a lot of young boys coming through like Ali Price, while Finn Russell is playing well too. So that is a good thing for the new coaches.

"If we can build on that and perhaps recruit a few boys we can look to push on to greater things.

"The way the squad is playing right now was also a massive factor in my decision.

"We are a lot more competitive and have pushed on in Europe. It's a great place to be.

"I also think it will be good with Dave Rennie, Jason O'Halloran and Jonathan Humphreys taking over this summer.

"They will push us on, do different things and change our way a bit. They can take us to a new level."