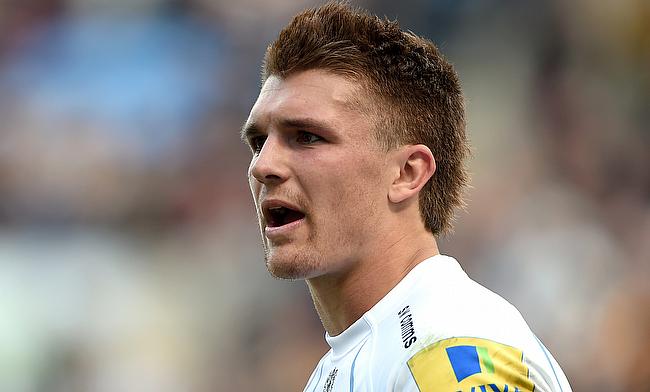 Exeter Chiefs ran a 12-try riot as they trounced Newcastle Falcons 74-3 in the 20th round of the Gallagher Premiership at Sandy Park on Sunday.

The 74 point also equalled the club's best tally in the top tier and this has been the biggest margin win ever by a Premiership side this season. They now have narrowed down the gap with top positioned Bristol Bears to three points as they took a giant step towards securing a home play-off while Newcastle Falcons are down to 11th place after losing their 12th match.

Newcastle Falcons made 14 changes to their side from previous match and had five players making their Premiership debut and all they managed in the game was a solitary penalty kick from Toby Flood in the seventh minute.

Exeter raced to a promising start in the third minute as Alex Cuthbert sent a perfect pass for Sam Skinner to score in the third minute and Joe Simmonds followed with the conversion. Sam Simmonds, who is already the leading try-scorer in a single Premiership season scored his 20th touchdown in the 16th minute but his brother Joe missed the conversion taking them to 12 points in the opening quarter.

Rob Baxter's men were given further boost as Newcastle lost John Hardie to sin-bin in the 27th minute for a high tackle on Luke Cowan-Dickie and Exeter made full use of the numerical advantage with Ollie Devoto setting up Cuthbert over in the 30th minute and Slade sealed the bonus point for them with a 34th minute touchdown.

As the break was approaching, Jacques Vermeulen made his presence felt after he grabbed a well timed kick from Devoto as the opening half ended with a 31-3 lead for Exeter Chiefs.

The Falcons were given no respite as the Chiefs' dominance continued in the second half with Vermeulen completing his second in the 44th minute and Baxter had brought in Stuart Hogg from the bench. Slade soon went on to score his second try in the game in the 53rd minute after Tom O'Flaherty created the space and with Hogg setting up Joe three minutes later for their eighth try as they took their tally to 50 points.

With the final quarter kicking off, Newcastle were hardly competing to Exeter's brilliance as Dave Ewers (63'), Hogg (68'), Harvey Skinner (72') and O'Flaherty (78') scored further tries as they completed a dominating 71-point win.