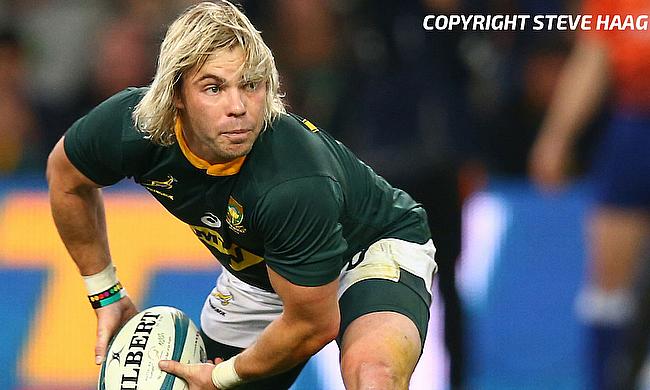 Sale Sharks have booked a berth in the play-off of the Gallagher Premiership as they defeated Bristol Bears 22-12 in their latest encounter at AJ Bell Stadium.

The win has taken Sale to the the second place as they reach the play-off for the first time in 15 years since they won the title in 2006 while Bristol continue to remain at top despite the defeat.

Both the teams were desperate for first points but they did not trouble the scorers for the entire opening half which ended with a 0-0.

The deadlock eventually broke in the 45th minute when Semi Radradra went on to beat three defenders and slicked to Charles Piutau, who offloaded it perfectly to Nathan Earl, who touched down but Callum Sheedy missed out on the conversion as Bristol had a 0-5 lead.

Bristol had a setback with Radradra yellow carded at the end of the third quarter for a collision around the neck and shoulder of fly-half AJ MacGinty and Sale made full use of the numerical advantage.

First it was Daniel du Preez, who dived from close range following a quick tap over penalty in the 61st minute and four minutes later it was his brother Robert du Preez, who dotted down following a cross field kick from MacGinty and an inside pass from Byron McGuigan. With MacGinty converting it, the scoreline became 12-5.

With 10 minutes left in the game, Curtis Langdon dived over at the back of a rolling maul and MacGinty improved it to stretch Sale's lead to 19-5. Even though Bristol clawed their way back into the game as Lloyd crossed over at the back of Piutau's pass to make it 19-12 but MacGinty with a last minute penalty ensured Sale have booked a berth in the play-off with a 10-point victory.