Greg Bateman Exclusive: Concussion problems need to be addressed sooner rather than later 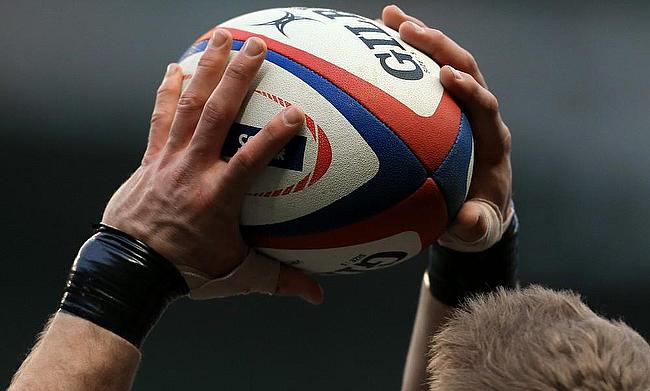 Dragons forward Greg Bateman believes concussion in rugby must be looked at “sooner rather than later” after some former players said the sport has given them permanent brain damage.

Steve Thompson, one of England’s 2003 World Cup winners along with seven other ex-professionals including Wales flanker Alix Popham, are set to propose legal action against rugby’s authorities for failing to protect them from the risks of concussion.

All eight claimants have been diagnosed with early onset dementia which they believe has been caused by repeated knocks to the head.

Rugby’s potential group litigation could have some parallels with American Football as in 2013, the NFL agreed to pay concussion settlements to some former players who had suffered brain trauma from playing the sport.

“With the scary stuff from the NFL and with these ex-pros coming out now in rugby, it is harrowing,” Bateman said on the latest Looseheadz x Talking Rugby Union podcast.

Concerning reports of rugby players under age 45 with dementia diagnoses.

Modern pro rugby has been year-round with no limits to hitting in practice. Player exposure to head impacts theoretically could dwarf the American football experience. https://t.co/gOuSw1bs2j

“Where Alix Popham is at the moment, it is very sad, and it doesn’t bear thinking about. There have been some shocking cases of player management with concussions and I think that is not a good thing and that should be dealt with, but it probably needs to be addressed sooner rather than later.”

Bateman joined the Dragons earlier this year following his departure from Leicester Tigers, and during his time at Welford Road, the versatile front-row was the club’s Rugby Players’ Association [RPA] representative.

The head of the RPA, Damian Hopley, told BBC Sport earlier this week that more education was needed around concussions and he also called for a reduction of contact training.

Bateman believes the RPA do 'as much as they can' to help players when it comes to head collisions, but he admitted the true extent of rugby’s concussion problem is still unclear.

He added: “I think it is very difficult because the consequences are still very unknown of prolonged concussion and what happens in much later life. Because we don’t know, it is difficult to say that we are not doing enough.

“If you think about what the RPA do, they will give concussion education every year on what to look out for, on what to do and spotting things in team-mates etc. They are trying to do as much as they can, but I guess the real question is how do we know what is enough?

“I don’t think the people at the governing bodies are sat there thinking we are just going to end up with a load of guys with brain damage when they are older. I think it is very difficult for them to say what are the possible consequences because we don’t know yet.”

Bateman believes it is also difficult for the RPA to help support the players in all areas because it “ultimately comes down to cash”, with the Player’s Union adding this week: "As a result, we have focused our efforts on support, player education and mental health. This has included supporting research on injury and concussion by encouraging players to take part, for example.

"Welfare is at the centre of everything we do at the RPA, and we will be actively looking into how we can support these and future players. We would welcome the opportunity to be involved in research however we can going forward.”

All eight players who have come forward have been diagnosed with dementia by neurologists as well as probable Chronic Traumatic Encephalopathy [CTE] which can develop when the brain experiences numerous blows to the head.

Lawyers who are representing the group have labelled the situation as a ‘ticking timebomb’ of former players who are developing symptoms as they reach their 40s and 50s.

Meanwhile, Munster forwards coach Graham Rowntree, who was a former team-mate of Steve Thompson, was saddened to hear the news about his ex-England colleague but he thinks the game has made progress when it comes to protecting players.

“I played a lot with Steve and we had some proper ding-dongs as well with Northampton/Leicester games,” Rowntree said earlier this week. “I played for the Lions with him (in 2005) and then ended up coaching him right up until he retired. He's a character, a good man, a good mate of mine.

“It's quite unsettling, really. I played in that era. I had concussions. I played alongside Steve, played against Steve, coached Steve. He's a mate. It's just horrible. It's proper saddening to hear that news. What can I say?

"But what I do know is the game has moved on. The players are looked after now, in particular concussion protocols, the way the game is refereed in terms of zero tolerance for high shots, etc.

"I have every confidence in how it's handled now. All our protocols are in place as a club and a sport, I am very confident about that, but it's sad news."

Visit https://looseheadz.co.uk/ to find out more about their foundation which aims to raise awareness for mental health through rugby.