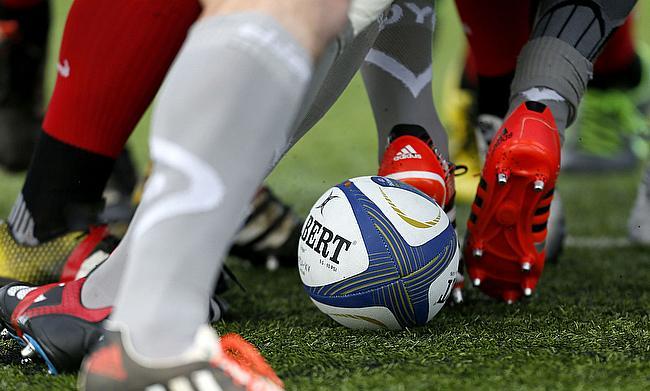 If reading the articles about Steve Thompson was harrowing and alarming in equal measure, the sight of Alix Popham’s wife, Mel, in floods of tears during a BBC interview may well force rugby to reassess its protocols when it comes to concussion.

Thompson, who is one of England’s 2003 World Cup heroes, has been diagnosed with early onset dementia with probable chronic traumatic encephalopathy (CTE).

At just 41 years old, ex-Wales flanker Popham is also suffering from the same condition and both men have joined a group of former players in a potentially landmark legal case for the sport.

The eight former players are proposing action against World Rugby, the Rugby Football Union and the Welsh Rugby Union for a perceived lack of player welfare which, they believe, was a failure to protect them from the risks of concussion.

The interviews which Thompson and Popham have conducted has hastened calls for the sport to do more to look after its prized assets. Lawyers representing the group have claimed the situation is a ‘ticking timebomb’ of former players who are developing symptoms as they reach their 40s and 50s.

This is horrific news for such a great bloke. Massively agree on limiting the the contact in training. This needs to be looked at straight away @WorldRugby https://t.co/cgoymJzzYb

So what are the first eight players proposing? Trainee solicitor at Morgan Sports Law with expertise in Rugby Union, Ben Cisneros, gave TRU his thoughts:

What is the summary of the proposed group litigation?

It seems as though the players will be arguing that the rugby governing bodies didn’t do enough to prevent players suffering repeated concussions (as well as sub-concussive head impacts) and as a result of that, they now have dementia.

What are the key points?

It is an arguable case and there is a lot of complexity to it. It is not necessarily going to be straight forward. The key issues as I see it are firstly, whether the governing bodies have actually been negligent and secondly, whether their negligence can be found to have caused the long-term, neurological injuries.

On that first point, the argument could be that World Rugby, the RFU and other governing bodies should have done more to address the risks of concussion and to make the players aware of it at the relevant times.

The players will have to show that the rugby authorities knew, or reasonably should have known, about the risks (particularly the long-terms risks) but didn’t do anything about it.

Following the case from the 1990s when boxer Michael Watson sued the British Boxing Board of Control for failing to properly protect him in a bout which resulted in him sustaining brain damage, it seems likely that these governing bodies owed players a duty of care.

To mount a successful claim, the players will need to show that those governing bodies breached that duty. Essentially in this specific rugby case, they will be saying that World Rugby should have introduced stronger protocols and addressed the culture around concussion sooner than they did. The players may well be able to show that this was negligent.

The rugby authorities are likely to have that obligation to take care of the players, but that is separate from the question of what they did or didn’t know. In the NFL case (in which they agreed to pay damages to former players in 2013) the allegation was that the NFL knew about the long-term effects of concussion and they deliberately covered it up. We don’t know at this stage whether that is the case here because it is still very, very early days, but the specifics may come out in due course.

If the governing bodies did fail to act, are there grounds to say concussions are linked to dementia?

The other key issue is about whether the failure to act by the rugby authorities caused the injuries and that has got two bits to it as well.

Firstly, in terms of the scientific and medical evidence, do the repeated head knocks actually cause dementia? The science on this isn’t universally accepted. Obviously, the players who are suffering from early onset dementia are very young and that is unusual and therefore, there may well be a link. If that is the case, they will be able to establish their argument. Certainly, there is evidence emerging within football along similar lines.

The second part of this is, what if the rugby authorities had done everything they reasonably should have done? If they had introduced more protocols around concussion, then would the players still have ended up in this condition? Is this an inherent part of rugby?

Can the players say that if the head injury assessment [HIA] or other protocols had been introduced in 2000, for example, then these players wouldn’t be suffering from dementia? Much of it will depend on what they think the governing bodies should have done.

If the players are saying that rugby’s authorities should have introduced a limit on the amount of contact training, then maybe they wouldn’t be suffering now. Alix Popham said in his interview with the BBC that limited contract training would have reduced his head knocks by 80-90 per cent. If that is the case, you may be able to show that it is more likely that a failure to stop that kind of contact did cause the long-term injuries.

On the other hand, if a court found that World Rugby should have done more, but only insofar as introducing concussion substitutes earlier, the position would be less clear-cut.

As I say, this case is still in its very early stages, and World Rugby and the RFU are yet to hear from the group at this stage. There is an awful long way to go, but I commend the players for taking such a powerful stand on such an important issue. It is vital that their voices are heard – not only in relation to past failings but also for the future of the game.