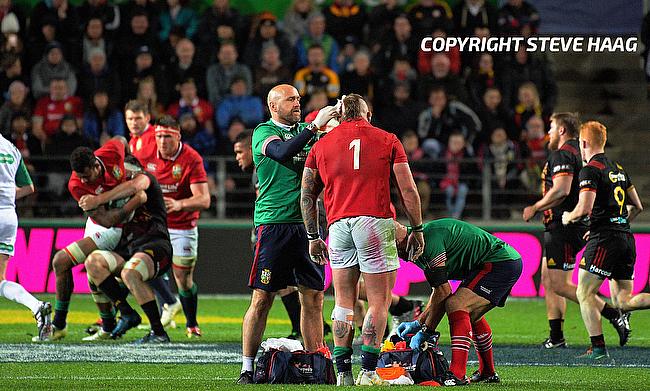 The matchday doctor will discuss with team doctors and medical staff to support head injury decision making during the match and will also oversee Head Injury Assessment process.

The move is seen as a measure to improve player welfare and take some burden out of the team doctors especially in decisions on head injuries. This will also see more simultaneous Head Injury Assessments (HIA) on players to be conducted and will be beneficial when more than one assessment takes place at the same time.

“This new initiative continues the evolution of our player welfare strategy, following on from the introduction of the Head Injury Assessment and our use of the Hawkeye system to help better identify injuries during matches,” said Matt Cross, Premiership Rugby’s Research and Development Manager.

“Our clubs are at the forefront of the latest player welfare initiatives and with us, will continue to drive world-class standards in the care of our players.”

How this will work?

For the 2019-20 season in all Gallagher Premiership Rugby, Premiership Rugby Cup and European home matches there will be: a Team Doctor, an Immediate Care Doctor (appointed by the home team) who is there to support and undertake emergency care and a Match Day Pitch-side Video Reviewer (MPVR) who sits near the pitch reviewing the match through the Hawkeye system, and to aid decision making. In addition now there will also be an Independent Matchday Doctor who will sit with the Match Day Pitch-side Video Reviewer and the Hawkeye technician close to pitchside and will be able to keep his eyes on the match.

Together as a team, they will look after head injury management giving world-class care to our players.

The decision as to whether a Head Injury Assessment is required and subsequently if a player can return to play sits with the Independent Matchday Doctor. However, it will always be a collaborative and supportive process. All decisions will be made in discussion with the Team Doctors who know the players well and will be able to share these experiences and insights with the Match Day Doctor. They will always review the video together.

In terms of who carries out the HIA, there are a couple of options. In the pre-match meeting, the Team Doctor will decide if they carry out the HIA with the Match Day Doctor observing or if they delegate to the Independent Matchday Doctor. In either case in terms of the decision about whether the player returns to play this will always be a discussion and a collaboration between the Team Doctor and Matchday Doctor.