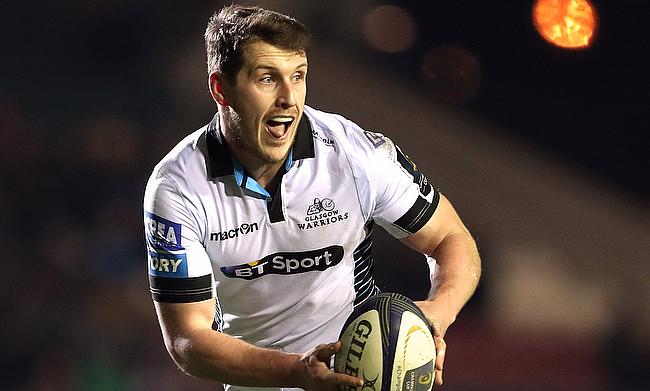 Scotland internationals Mark Bennett, Josh Strauss and Gordon Reid is set to exit Glasgow Warriors at the end of the ongoing season.

He was also named the Breakthrough Player of the Year following his performances in the 2015 World Cup and was also a part of the silver medal winning Scotland sevens team during the recent Olympics in Rio. He has now joined Edinburgh on a three-year deal.

South Africa born flanker Strauss and loosehead prop Reid joined the Scotstoun outfit in 2012 and 2010 respectively and are linked to deals in England and France.

Bennett said he was motivated by the presence of a young squad in Edinburgh and is looking forward to his new stint.

"A key factor in my decision was that there's a young squad at Edinburgh, who are going in the right direction and I can feel like I can add to that.

"At 24 I think I could be one of the older boys in the Edinburgh backline, which would be a new experience for me, but one that I'm looking forward to next season."

Acting Edinburgh head coach Duncan Hodge added: "Mark is a phenomenal player, who has accomplished a lot both at club and international level at the age of just 24, and his experience will be a welcome addition to our backline."

Meanwhile, Glasgow Warriors head coach Gregor Townsend lauded the contributions of the trio and is hoping for them to end their association with the club on a high.

"Although there is a lot of rugby still to be played this season, I'd like to acknowledge and thank Gordy, Josh and Mark's invaluable contributions since they joined the club.

"We look forward to them ending their time at the Warriors with the same commitment and skill they have shown already this season and wish them well in the next stages of their careers."