Up and Coming Stars - Centres and back three 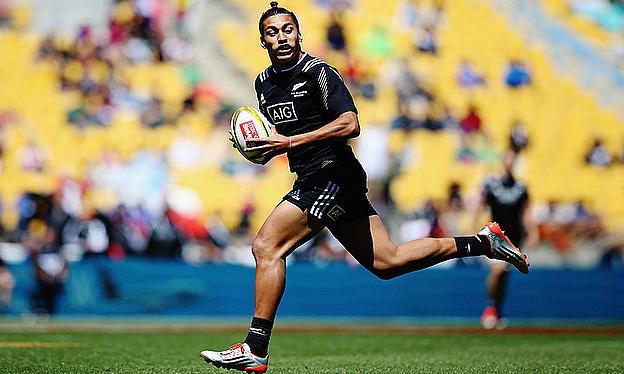 This week we bring our ‘Up and Coming Stars’ series to its conclusion, with a look at the next crop of centres and back three players ready to take the game by storm over the next few years.

This week’s selection includes not one, not two, but three sets of brothers, and these families could soon take their places alongside such rugby institutions as the Whitelocks or Tuilagis.

Peter and Thomas Umaga-Jensen, Scots College and New Zealand
Peter and Thomas, who are twins, have been setting alight the New Zealand Schools leagues for the last couple of years. Both players are physical centres, more than capable of breaking a tackle and offloading to a support runner, which given their understanding on the rugby pitch, tends to be to each other. Thomas tends to play at inside centre, whilst his brother takes up a position outside of him at 13, but both have experience of playing across the back line and can add versatility to their already impressive array of physical and technical skills.
Scots College is located in Wellington, so it would not be surprising to see these two signed up by Wellington in the near future, but failing that, there should be plenty of interest in the pair from other ITM Cup sides, potentially even a link-up with their more famous namesake, Tana Umaga, at Counties Manukau.

Rieko Ioane, Auckland and New Zealand
A blossoming star with the New Zealand Sevens team, it’s hard to believe Ioane is just 17 years old, as he already plays with such power and composure. A captain of New Zealand’s Schools side, Ioane is a dangerous inside centre who can pierce defensive lines with excellent angles and pace, but it’s in the sevens arena that Ioane has really shot to fame. He scored six tries in his debut appearance on the HSBC Sevens World Series circuit in Wellington, equally delighting the Wellingtonian crowd, as well as creating a slight sense of fear for what he will most likely eventually bring to Super Rugby rivals, the Blues.
With all due respect to the seven-a-side format, Ioane is a player gifted with too much talent to see him remain in the shorter version of the game for long and could well be making a mark not only in the ITM Cup, but also Super Rugby, in the near future. A place in New Zealand’s U20 side at this year’s Junior World Championship is all but assured, providing it doesn’t clash with any of his duties with the New Zealand sevens side.

Tyler Morgan, Newport Gwent Dragons and Wales
An U20s star who regularly features for the Dragons in the Pro 12, not to mention being on the cusp of winning his first cap for Wales, Morgan was almost too high profile to make this list, but he headlines a budding crop of young outside centres amongst the home nations (see ‘Other players to watch’). With growing discontent over Wales’ often limited game plan, calls for change in the back line have found fresh impetuous over the last month. Now, Morgan is not of the calibre of Jonathan Davies just yet, but he does offer an intriguing change of pace, including an instinctive eye for a gap.
Were this not a World Cup year, your money would be safe betting on Morgan winning his first international cap this summer, but with Warren Gatland keen to put his team in as good shape as possible to compete at the RWC this year, Morgan may have to bide his time. That said, there are few other options at 13 for Wales and Morgan could be just the spark to ignite an important pre-RWC revival for Wales.

Other players to watch
Ireland’s Garry Ringrose (Leinster) shot to fame last summer at the JWC, earning himself not only a Junior Player of the Year nomination, but also comparisons to the legendary Brian O’Driscoll. He has continued to build his reputation with a solid U20 Six Nations so far this season and a provincial debut must be looming.
The English duo of Nick Tompkins (Saracens) and Joe Marchant (Harlequins) are two players very worthy of attention, with Tompkins continuing to impress as he grows in importance to Saracens, whilst Marchant has been a standout for the England U20s so far this season.
Anton Lienert-Brown (Chiefs) is a name many will be familiar with. The outside centre has already impressed in his limited Super Rugby opportunities and looks to be another outstanding prospect off of the Chiefs’ production line.
Staying in New Zealand, the Garden-Bachop brothers should not be ignored, either. Older brother Jackson is an U20 veteran and member of the Wellington academy, whilst Connor is a highly-touted prospect still playing school rugby, but is generating a lot of buzz. The pair are also the sons of former All Black Stephen Bachop.

Rotimi and Tosin Segun, Northampton Saints and England
The Segun brothers keep up the family affair, having turned in a very impressive academy season for the Saints, which saw their team make it all the way to the Aviva Premiership Academy League final, where they narrowly lost to Saracens. The duo’s deadly partnership on the wings helped Northampton score more tries than anyone else in the Northern Conference of the league (22) and Rotimi was rewarded with a place in the England U18 squad for their match against France last month.
Tosin will likely join England’s U18 squad ahead of their annual summer tournament with sides from Wales, France and South Africa, whilst it would not be surprising to see Rotimi make the step up to the U20 side and feature at the JWC in Italy, despite still being eligible for the U18 side.

Arthur Bonneval, Toulouse and France
Toulouse’s season may have been a bit of a rollercoaster ride so far this season, but if there is one thing you can be sure of, it is that their academy will produce the goods. Bonneval is the latest in a long line of talented prospects to graduate from that academy and represent Toulouse at senior level. If Bonneval can continue to impress in the U20 Six Nations, he could be rewarded with further opportunities with Toulouse this season.
Wing is one of the more congested positions in the French national team, particularly since Teddy Thomas’ arrival on the international scene, so Bonneval may have to bide his time before stepping up to that level, but with a typically Gallic nose for the try line, it shouldn’t be too long of a wait.

Andrew Kellaway, NSW Waratahs and Australia
Breaking into the Waratah’s starting XV is an unenviable task, but one many can see Kellaway achieving by the end of this Super Rugby season. Kellaway broke try-scoring records at last year’s JWC and continued that fine vein of form in the National Rugby Championship. Injuries and calls for Wallabies to be rested will likely give Kellaway the opportunity he needs later in the season and if he can even come close to replicating clinical edge he has shown at previous levels, he should have no trouble keeping hold of the jersey.
Admittedly, there is nothing outstanding physically about Kellaway, but as with current Wallabies such as Adam Ashley-Cooper and Rob Horne, he has a great understanding of the game and has the underrated attribute of knowing just where to be at just the right time.

Damien McKenzie, Chiefs and New Zealand
The trend over the last four or five years has been for fly-halves in the New Zealand U20 side to step back to full-back at senior level, but McKenzie has bucked that trend, featuring for the Chiefs at 10 in their Super Rugby opener this season, after impressing at full-back during last year’s JWC. The versatile back looks like a boy amongst men physically, but his deceptive strength, not to mention ability to evade tacklers, has meant that he has not looked out of his depth at all during his forays into Super Rugby.
There’s no doubt he will need to bulk up somewhat if he is to make the step up to senior international rugby, but at just 19 years of age, that is a bridge to cross two or three years down the road. For now, McKenzie will be focused on making himself as invaluable as possible to the Chiefs, whether that is through covering both fly-half and full-back from the bench, or trying to establish himself as the team’s first-choice full-back.

Billy Dardis, Leinster and Ireland
The biggest compliment you can pay Dardis is that, despite the green of Ireland on his chest, he looks every inch a Kiwi full-back. He plays with none of the conservatism that northern hemisphere 15s are prone to showing, yet does not sacrifice his defensive responsibilities as a result. Alongside Ross Byrne, whom we mentioned in our look at half-backs last week, the Irish U20 side have two premiere playmakers, both of whom are surely locks to make a big impact at the next level.
Dardis, alongside Byrne and Ringrose, is a credit to the work the Leinster academy do with their local schools and all three must be knocking on Matt O’Connor’s door for selection, especially given the less than impressive performances at times from Leinster this season. The trio carry the burden of Ireland’s future on their shoulders, but all three look more than capable of carrying it.

Other players to watch
New Zealand’s Tevita Li (Blues) is already a known quantity, but not to mention him here would have felt disrespectful. The powerful winger packs quite the punch and has already established himself as a Super Rugby regular. An All Blacks cap is just a matter of time.
England’s Paolo Odogwu (Leicester Tigers) is the pick of a Leicester academy bursting to the seams with potential and the flyer showed that in abundance at the recent Premiership Academy Finals day. Quick and powerful, with good hands and an innate understanding of the game, Adogwu is the prototypical modern winger.
A JWC-winner last season, England’s Nathan Earle (Saracens), like Ringrose, was a Junior Player of the Year nominee. An ACL injury at the beginning of the season has delayed Earle’s arrival to the senior stage, but if he can bounce back from that, he is a terrific prospect. Think Israel Folau meets Jason Robinson.
We finish with Australia’s Jonah Placid (Rebels) and Italy’s Yannick Agbasse (Asolo Rugby), two players who have impressed at international age-grade level, but are still waiting to replicate that domestically. Placid’s move from the Reds to the Rebels should help him make an impact sooner rather than later, whilst it is surely only a matter of time before one of Treviso or Zebre picks up Agbasse, unless a potentially more lucrative future with a French or English side beckons for the youngster.

We hope you have enjoyed these looks at rugby’s up and coming talent and feel free to let us know if you think we have missed anyone!