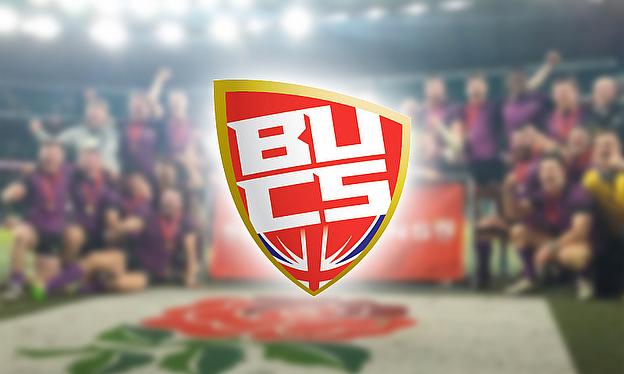 So another university year is nearly at an end, but the BUCS rugby season concluded in sensational style at Twickenham as Leeds Beckett were crowned the best team in the land.

It was another superb season across all the BUCS leagues which Talking Rugby Union covers.  It was more thrilling than ever and the rugby on show across the country was a credit to university rugby.  Here is my review of the BUCS 2014/15 season.

Premier North A
The best University side proved that they were exactly that throughout the whole of this season. Leeds Beckett were champions of Premier North with two games remaining and ended with a record of 10 wins from 12 games. The only side to beat them all season was Loughborough who they met in the Championship Trophy final. Loughborough finished second in the table, six points behind Beckett, but their strong end to the season put them in good stead for the Championship Trophy which they so nearly secured.

After a promising start to the season from Durham, they ended up finishing third in the table after fading away in the second half of the season as they lost their last three games of the season ending any hope of a title push. They did win over half of their league games this season, but its safe to say Leeds Beckett and Loughborough ran away in the title race.

Newcastle University picked up six wins from 12 games this season and won their final three games to end the season in fifth place. It was vital the North East side did this as they could well have been dragged into a relegation scrap with Nottingham and Leeds. Newcastle will now be preparing for their 10th consecutive season in Premier North A.

The University of Leeds knew that their fight for survival would  go down to the final day of the season once Nottingham University had beaten Northumbria. Leeds had to beat rivals Leeds Beckett and Notts had to slip up against Newcastle to secure their place in this division next season. Unfortunately for Leeds, that didn’t happen and they now await their play-off clash with Bishop’s Burton College at the end of this month to see if they can stay in this division next season. Leeds will go into that as underdogs after winning just twice all season.

Premier South A
Exeter clinched the title on the final day of the season after comprehensively beating local rivals Bath 41-0. They ended the season with 11 wins from 12 and this win was crucial in them securing top spot in this league.

Hartpury knew that any slip up from Exeter would allow them to snatch the title away from Exeter, but it wasn’t to be and Hartpury had to settle for second position in the table. They won nine of their 12 games this season and ended the league campaign with five straight wins.

As for Bath, they ended the season in fourth place in this division having won six and lost six throughout the season. They started the season in promising fashion but unfortunately they couldn’t maintain it. They showed that early season form in the quarter-final of the Championship Trophy v Leeds Beckett.

Premier North B
The former champions Nottingham Trent University had a disappointing end to the season as they lost three of their last four games. They ended the campaign in fifth place, 11 points off title winners Bishop Burton. They won six of their 14 games this season and suffered heartbreak in the semi-final of the cup when they were beaten 16-22 by Exeter Uni 3rds.

Manchester University just about beat the drop as they finished three points clear of the relegation zone in sixth place. After losing four straight league matches, they won their last two (including a win against Bishop Burton) which proved vital in their survival.

Northern 1A
It was always likely that the University of Liverpool were to finish second in the table as Sheffield University ran away with this league title. The Merseyside outfit finished 21 points behind Sheffield but did win eight of their 15 matches this season. They will also take credit in the fact that they were the only side to beat Sheffield this season. .

Northern 2A
The only side which TRU covers that had a 100 per cent was Manchester Met who won all 10 of their league matches this season. They won the league by 14 points from Keele and finished with a points difference of plus 199. A quite simply superb season for MMU.

With Keele finishing second, UCLan secured third spot after a very strong end to the season. They won three of their last five matches and ended up seven points clear of fourth placed Edge Hill.

Edge Hill, would have been glad to see the back of this season as they won just one of their last seven matches in the campaign. In that sequence of results, they were also beaten 19-29 by Northumbria 2nds in the Quarter-Final of the cup. Despite this, they beat the drop by three points and will be a Northern 2A team next season.

Midlands 2A
Nottingham Trent 2nds had to settle for a runners up spot in Midlands 2A as they ended the season 11 points behind Coventry 1sts. They won seven of their 10 games this season, but always seem to stutter when it mattered most.

Championship Trophy
With the top two leagues in the country all done and dusted, it was time for the top eight teams to try an achieve glory at Twickenham in  the Championship Trophy.  Leeds Beckett, Loughborough, Durham and Northumbria represented the North whilst Exeter, Hartpury, Bath and Cardiff were flying the flag for the South.

Leeds Beckett beat Bath in a high entertaining game in Yorkshire, whist Hartpury, Loughborough and Exeter joined them in a mouth-watering semi-final line-up.  Beckett hosted Hartpury (which was a re-run of last year’s final) and put in a very professional and commanding display to see them through to another Twickenham final.

Loughborough made it an all Northern affair as they beat Southern Champions Exeter in the other semi-final and the night under the lights at Twickenham certainly delivered.

After a first half which Loughborough dominated and led 23-5 at the break, but Becektt scored 26 unanswered points in the second half to secure the victory and make it a league and cup double.