Where are they now - London & South East 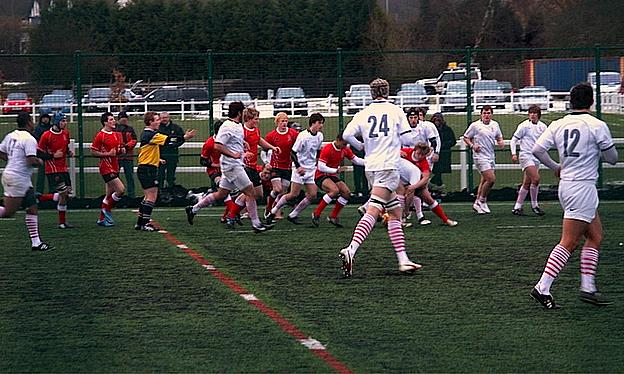 We wrap up our recent ‘Where are they now’ series this week, with a final look at the 2010 U18 English Divisional Rugby Festival, this time focusing on the victorious London and South East team.

In terms of numbers, the London and South East squad has produced far more professional players than any of the other regional squads, with 11 of the team currently playing in the IPA Green King Championship or higher.

In addition to those 11, a number of the squad have experience of playing in National One. Former Wasps academy prop Ant Brennan played for Henley Hawks during their time in National One, whilst another Wasps product, Charlie Jewers, is now a centre for Richmond and regularly features in that competition.

Starting outside centre for the London and South East squad, Ollie Richards, is currently a member of the Esher squad and has wealth of experience under his belt already, having been part of Harlequins’ academy, a regular for Yorkshire Carnegie in the Championship, as well as even garnering some Aviva Premiership experience in a short stint with the Newcastle Falcons. Richards is joined at Esher by Tom Margetson, who was the starting loosehead prop at the 2010 festival.

Moving on to the Championship and the imprint of that London and South East squad is even stronger. Centre Toby Quarendon has had spells with both Yorkshire Carnegie and Stade Montois, whilst starting tighthead prop at the festival, Mark Tampin, currently pulls on the colours of the Rotherham Titans each weekend. Plymouth Albion, albeit currently struggling in the Championship, have two bright prospects on their books in the forms of centre Ben Axten-Burrett and lock Tom Jubb, formerly of Harlequins and Saracens respectively, as well as both being on the bench for the London and South East side.

Two of the more high profile players to graduate from the squad are the half-back duo of Jonah Holmes and Harry Leonard. Holmes was a highly-touted prospect during his time in Wasps’ academy, but he couldn’t quite dislodge the likes of Joe Simpson and Charlie Davies ahead of him in Wasps’ pecking order and two successful loan stints with Yorkshire Carnegie turned into a permanent move earlier this season. He has been joined at Yorkshire by Leonard, who shortly after the festival moved north to Edinburgh, where not only did he gain Pro 12 experience, but also represented Scotland’s U18 and U20 sides during a three-year stint. The pair dovetails to give Yorkshire one of the more promising half-back combinations in the Championship.

The class of 2010 also offers up an England Sevens representative, with scrum-half Jack Walsh a member of the current squad, as well as featuring for Wasps in the LV= Cup this season.

Bath lock and academy graduate Will Spencer is another member of that festival squad, as is Saracens’ Junior World Championship-winning hooker Scott Spurling. The penultimate member of the squad to make it to the highest domestic level is Tim Swiel, who is currently on at loan at Harlequins. Swiel is contracted to the Sharks in the South Africa, where he has Currie Cup experience with both Western Province and Natal Sharks, as well as Super Rugby playing time with the Sharks.

Just as the Midlands squad was headlined by Alex Waller, the London and South East squad is also headlined by a standout prop and that is Harlequins’ Kyle Sinckler. The powerful tighthead was a key cog in England U20s winning their first JWC in 2013 and has since gone on to become one of the most promising players in the Premiership. As with most young props, Sinckler struggles for consistency at times, but at just 21 years of age, has already taken on a multitude of international-calibre looseheads in the Premiership and has won himself a number of notable scalps. As Sinckler becomes more experienced he will not only put pressure on the likes of Henry Thomas and Kieran Brookes for a place in England’s pecking order, but also on Dan Cole and David Wilson for a spot in the matchday 23.

We hope you have enjoyed this look back at the 2010 U18 English Divisional Rugby Festival and whilst the relatively low number of professional players to have emerged from the squads is a stark reminder of how difficult it is to make the step up from age-grade level, the festival has offered up a bevy of talent at the highest level, far exceeding what you would normally expect from such a tournament.