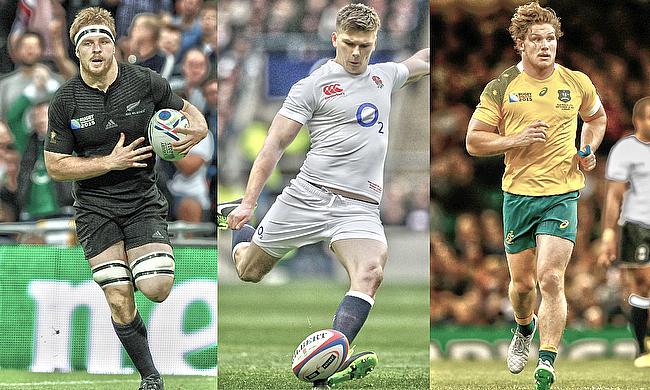 The World Rugby U20 Championship kicks off this week and whilst international head coaches will be focused on their upcoming tests, they will also be paying plenty of attention to the next generation of players showcasing their abilities in Manchester.

With that in mind, we have taken a look at the productivity of the U20 sides of the home nations and the southern hemisphere’s ‘Big Three’ over the last four tournaments and see which nations are making the most of this ever-improving pathway.

With 14 players from the 2012-15 U20 Championships capped at senior level by England, they lead the way, with Wales’ haul of 10 senior capped players the second most. Ireland and Scotland are tied for third with eight capped players apiece, before South Africa with five, Australia with two and New Zealand with a solitary capped player, Patrick Tuipulotu.

In terms of caps won, England again top the rankings with an impressive 118 caps between their 14 graduates. Scotland (76), Ireland (71) and South Africa (71) all leapfrog Wales (63) when caps are brought into the equation. Again, Australia and New Zealand bring up the rear, with 21 Wallaby caps between Australia’s two graduates, Liam Gill and Sean McMahon, and Tuipulotu accounting for seven All Black caps.

It is worth noting that players such as Sam Cane (New Zealand, 31 caps), Owen Farrell (England, 40 caps) and Michael Hooper (Australia, 51 caps) were all part of U20 set-ups in 2012, but were fast-tracked into their nation’s respective senior sides. Having not played in any official, World Rugby-sanctioned U20 games that year, they were not included.

For a list of all the players contributing to both of these rankings, scroll down to the bottom of the article.

When you factor in how dominant and experienced the All Blacks squad has been over the last four years, it’s not wholly surprising that only one player has been able to crack the senior squad. Their numbers should begin to rise this summer with recent U20 graduates Damian McKenzie, Ardie Savea and Ofa Tu’ungafasi in the senior squad for the three tests against Wales.

Likewise, Australia have included Allan Allalatoa, Nick Frisby, Samu Kerevi and Joe Powell in their extended squad to play England, with all four featuring for the Australia U20 side over the last four years.

England actually head to Australia with a global-high of 13 players in their squad who have featured at U20 level over the last four years and will extend their lead at the top of the caps table by the end of June, adding anywhere between 20 and 35 caps to their tally. Again, as context has limited New Zealand’s and Australia’s ability to blood new players, England’s disastrous Rugby World Cup has heightened theirs.

The quartet of George Ford, Jack Nowell, Billy Vunipola and Anthony Watson, who account for 85 of England’s 118 caps, may have been involved with the side before the RWC began, but new coach Eddie Jones has handed debuts to six fellow 2012-15 U20 graduates in the last four months (Jack Clifford, Elliot Daly, Ollie Devoto, Ellis Genge, Paul Hill and Maro Itoje).

There has been less forward-thinking from the other home nations, with a much smaller pool of recent U20 graduates handed senior caps, although based on RWC performance, it could be argued that they had more effective senior squads to begin with. Ireland have capped Tadhg Furlong and Josh van der Flier this year and Scotland handed a debut to Zander Fagerson, whilst Wales have stuck with the old guard that saw them emerge from the RWC’s ‘Pool of Death’.

With the Six Nations Grand Slam in the bag and a young core that is only likely to improve, it’s hard to fault England’s approach to the beginning of this new cycle. A number of Celtic stars of recent U20 Championships, such as Garry Ringrose (Ireland), Jamie Ritchie (Scotland) and Owen Watkin (Wales), have been omitted from their respective senior squads and anything less than success on these summer tours will lead fans to question those decisions.

As for the southern hemisphere, all three of Australia, New Zealand and South Africa already boast strong squads and can afford to take a more conservative approach to blooding their next generation.

With the gap between the northern and southern hemispheres closing at U20 level much quicker than it has been at senior levels, successfully transitioning players into the senior squad is of paramount importance to the northern hemisphere nations, so they can accrue test match experience ahead of the 2019 and 2023 RWCs

Steven Kitshoff could debut this summer (2012).