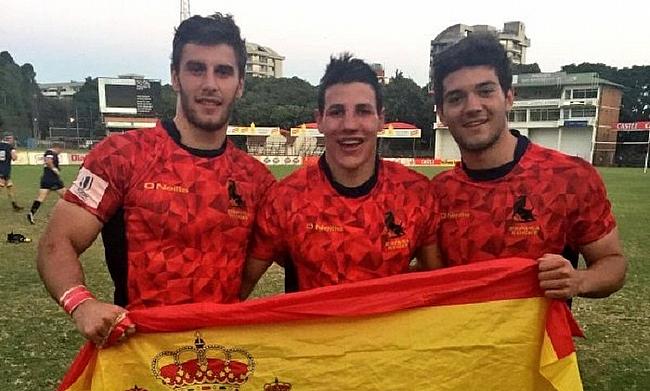 Spain finished runners-up in the competition, but their performances will have done wonders for them as emerging rugby nation
©Espana Rugby

While the rugby world eagerly awaits this year’s World Rugby U20 Championship in Manchester, the secondary competition, the World Rugby U20 Trophy, has been raging for the last two weeks in Zimbabwe.

The tournament, which was won by Samoa, decides which team will be promoted to the Championship in the following year and has been a great source of development for nations such as Japan and Georgia in recent years.

Although media coverage of the event is sparse in comparison to the Championship, the rugby on display has been electrifying and a number of Tier 2 nations should be pleased with what they’ve seen from their U20 sides. Many will have identified a number of diamonds in the rough to hopefully propel them forward in the near future.

If the scores seem at all odd, it is worth noting that this year’s Trophy competition was trialling a new points scoring system whereby a try is worth six points, rather than the traditional five, and conversions and penalties alike are both worth two points.

The opening round delivered beyond all expectations.

The USA fought out a thrilling 46-44 loss to Namibia, with Hanco Germishuys, USA’s captain, running in a hat-trick. The depth of Namibia began to show as the game wore on, however, and it was a conversion from Cliven Loubser which ultimately snatched victory for the African side late in the game.

Elsewhere, Spain comprehensively saw off Hong Kong with a 44-8 victory and Fiji edged a close one with Uruguay, beating the South Americans, 38-34, in another fantastic match for the neutrals.

Samoa showed their strength with a 54-24 dismantling of hosts Zimbabwe to wrap up the opening round of matches. Hooker-turned-number eight Elia Elia was on hand to grab a hat-trick for Samoa and displayed a level of power that Zimbabwe struggled to contain.

Samoa picked up from where they left off in the opening round, crushing Polynesian rivals Fiji, 32-8, in another emphatic victory. Fiji actually raced out to an 8-0 lead, but a try from Avea Momoisea brought Samoa level by the interval and the blue-shirted islanders then ran rampant in the second half, scoring three more unanswered tries.

Uruguay showed more promising signs following their narrow loss to Fiji, defeating Zimbabwe, 50-22. Two tries came from inside centre Inaki Ormaechea, whose name will be familiar to those who followed Uruguay at last year’s Rugby World Cup, where his older brother Agustin was one of the shining lights for the South Americans in the ‘Pool of Death’.

Spain chalked up their second win of the competition with a 40-22 victory over Namibia, a feat which is made all the more impressive by the fact it’s the nation’s debut appearance in the competition. The other match in Round Two saw the USA bounce back from their narrow opening defeat, beating Hong Kong, 32-12. Captain Germishuys was again on form, adding a brace to his previous hat-trick, taking his tally for the tournament to five.

The final round of pool matches saw Samoa and Spain maintain their 100% records and book their places in a compelling final. Samoa were once again in imperious form, downing Uruguay, 56-22, with fly-half D’Angelo Leuila enjoying an immaculate game from the tee, whilst Spain edged a tense 18-16 victory over the USA. The Europeans raced into a two-score lead and were narrowly able to hold on, despite two more tries from the impressive Germishuys, who led a valiant US comeback.

Fiji consigned Zimbabwe to their third defeat of the competition, winning 42-22, whilst Hong Kong fell to a record 70-8 defeat at the hands of an utterly ruthless Namibia side. Given the two other results, Fiji and Namibia’s victories did little else than secure them a higher pool position, but ones which still saw them fall out of contention for promotion to the Championship in 2017.

Hosts Zimbabwe faced their final embarrassment of a very disappointing tournament, finishing 8th, as they lost 44-40 to Hong Kong. The USA were able to secure 5th spot by beating Uruguay, 32-30, in a back and forth game that was ultimately secured by two late Benjamin Cima penalties. The USA talent pool continues to grow and between Cima and Germishuys, they had two of the standout players at the tournament.

Fiji earned back some pride by beating Namibia 44-30 and nabbing third spot in the competition, but anything short of a return to the Championship has to be viewed as failure by the Islanders. Namibia fought back valiantly from a 36-0 half-time score line and they certainly leave the tournament with their heads held high, despite ruing their earlier loss to Spain.

The two form teams in the competition saved the best for last, with Samoa and Spain battling out an exhilarating 32-32 draw in the final, which sent the game to extra-time. A try for Samoa in extra-time sealed their much-needed return to the Championship in 2017, but Spain’s performance at the tournament will have done wonders for them as an emerging rugby nation.

1st Samoa (promoted to the Championship in 2017)