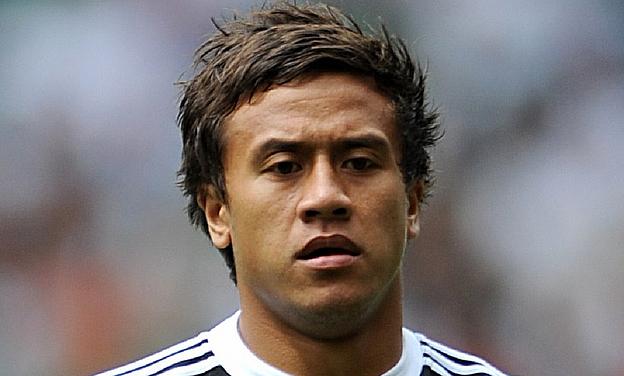 A try-scoring double for prop Ben Tameifuna helped reigning Super Rugby champions the Chiefs to a hard-fought 32-20 derby win over the Blues in New Plymouth.

Playing in front of their Taranaki "home" crowd for the first time, the Chiefs came from behind to earn a crucial bonus-point win with Tim Nanai-Williams and Tom Marshall adding to Tameifuna's brace.

The victory kept the Chiefs at the top of the New Zealand conference on 35 points but left the Blues, whose horror away run continues, at the bottom on 25 points with both teams on a bye next week.

The Blues had got off to a flying start with an early try to Lolagi Visinia but the loss of Charles Piutau to a knee injury with just 20 minutes gone hurt them badly.

Ma'a Nonu, who has been in devastating form in recent weeks, also did not have the happiest of games. He turned over the ball at critical times - either through poor handling or by kicking it away - and he was guilty of charging out of the line when Marshall scored in the second half.

The match was as bruising and full-bloodied as anticipated with neither side prepared to give an inch.

Piutau was the major casualty and had to be helped off after getting injured in the tackle of Sam Cane and the young All Black cut a disconsolate figure on the sideline for the remainder of the game.

While Piutau was down getting treatment on the pitch the Chiefs, who had cancelled out Visinia's opener with a converted try by Tameifuna, made the most of their one-man advantage to send Nanai-Williams over in the corner to get their noses in front at 14-7.

And it stayed that way for the remainder of the match, although the Chiefs had to dig deep on defence in the second half, particularly when Nanai-Williams was sent to the sin bin.

Earlier the Blues, looking to end a 12-game away losing streak, started well and drew first blood with a try after just six minutes to livewire wing Visinia.

Steven Luatua, a late replacement for Peter Saili who had rushed back to Auckland for the birth of his daughter, made the initial metres across the gain line before George Moala then Nonu had the Chiefs defence scrambling. Visinia showed good composure to juggle the ball a couple of times but still manage to ground it.

The Chiefs response was swift as they pounced on a Nonu mistake then harried Simon Hickey, who had an otherwise steady game. From the turnover the Chiefs spun it wide to prop Tameifuna who powered over in the corner.

The burly front-rower made it a double just minutes into the second half when the Chiefs punished a sloppy Blues lineout, Tanerau Latimer was stopped just short and Tameifuna burrowed over to put his side 25-13 ahead.

A sweeping length of the field move brought up the four-try bonus for the defending champions. A cheeky between-the-legs pass from Tawera Kerr-Barlow - in his 50th game - and a well-weighted offload from Bundee Aki put Nanai-Williams in space. He raced 25 metres then popped the pass to Marshall who finished nicely.

That converted score stretched the Chiefs lead to 32-13 but they were forced to defend their line for virtually 10 minutes after that as poor discipline gave the Blues penalty after penalty.

Mike Fraser's patience eventually ran out and Nanai-Williams was sent to the sin bin and the Blues closed the gap to 12 points with a converted try to Moala, but that was as close as it got.