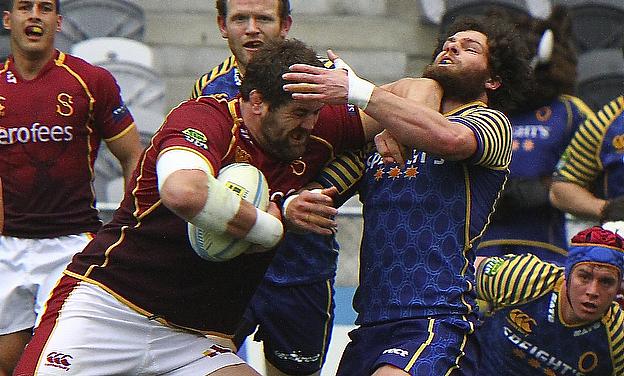 Expect a tough, physical round of encounters in this weekend's Super Rugby fixtures

Super Rugby Round 12 was relatively easy with the exception of the Stormers upset win over the Highlanders. The Highlanders have cost some tipsters twice in two weeks after being involved in an upset the week before too.

Six out of seven home teams won in Super Rugby Round 12, so when in doubt, pick the home team. The feature of Super Rugby Round 13 is seven matches, including only three derby matches (none in Australia), and only the Waratahs have a bye week, while the Blues, Chiefs and Bulls. This means four teams have overseas games.

The probability of plenty of home wins continues in Super Rugby Round 13; although there are some games where the better ranked team is on the road making it difficult to know if the home advantage will get the lower placed team across the line.

This happens when the Cheetahs, Reds, Brumbies and Rebels host better ranked teams. The Highlanders are back in the limelight as the hottest favourites in Super Rugby Round 13.

This is an epic game to start Super Rugby Round 13 with neighbours the Chiefs and Blues facing each other in Taranaki which is now part of the Chiefs rather than the Hurricanes.  The Chiefs have the important home advantage and this could be crucial given the Blues great home and terrible away record in 2014.

This match provides plenty of great matchups with both teams stacked with talent in an almost mate on mate type game.  It will be interesting to see if the injury ravaged Blues midfield can perform, while Gareth Anscombe will have a score to settle against his old team and Jerome Kaino goes head to head with Liam Messam.

There will be plenty of feeling in this one, but expect the Chiefs to have gained confidence last week against the Lions and be ready for the Blues.  But this will be a classic.  If any team has the flair to break open the Chiefs defence, it is the Blues, but which Blues team will show up?

Players to buy – www.testrugby.com - Jerome Kaino has been a beast in Super Rugby this season.  Don’t forget, Luatua has been benched and Braid is out.  It will be interesting to see how the All Blacks midfielder Ma’a Nonu goes, while Charles Piutau and Frank Halai are usually good points producers.  Keven Mealamu could be a good option since he is captain, while Simon Hickey and Patrick Tuipulotu are bargains.

The Blues traditionally give up points to the tight forwards in the opposition, so for the Chiefs watch for Brodie Retallick.  Other Chiefs of interest include Liam Messam, Gareth Anscombe, Tim Nanai Williams (playing at centre), James Lowe and watch for the returning Dwayne Sweeney.  There are some bargains in this Chiefs squad.

Both teams are coming off disappointing losses when the Rebels host the Hurricanes.  The Hurricanes will provide more on attack than the Sharks did last week and plenty will depend on how the Rebels respond.  They are the bottom Australian team, but they can provide a banana skin for visiting teams in 2014.

The Hurricanes have plenty of dangerous players who will keep the Rebels on their toes and should ultimately be too strong for the gutsy Rebels.  It is tough for the teams with less depth to remain competitive for an entire season.

Players to watch – www.testrugby.com – For the Rebels, watch for Scott Higginbotham, while Pat Leafa, Jason Woodward and Luke Jones are excellent value.

The Hurricanes have threats across the paddock and so managers should consider Dane Coles, Beauden Barrett, Cory Jane, Julian Savea and Alapati Leiua the most.  Ardie Savea is an exciting bargain.

The Highlanders should win this match but they will be tired after a tough trip to South Africa.

The Lions have faded after a strong start as the lesser teams struggle to have the depth required to be competitive in Super Rugby.  The Highlanders on the other hand will want to win and get four tries to push their way into the Top Six and evenly contested New Zealand conference.

The fatigue and being the hot favourites won’t sit well with the Highlanders and it will be interesting to see how they respond.

For the Highlanders, watch for Jamie Joseph to rest some players.  Malakai Fekitoa, Ben Smith, Joe Wheeler and Nasi Manu are good options in this game.  Lima Sopoaga is injured.

The Lions will rely on their loose forwards Derrick Minnie, Warren Whiteley and Jaco Kriel.  They will have to make plenty of tackles.

The Brumbies and Sharks meet each other in a battle between the top two teams overall in Super Rugby 2014.

The Sharks were far from impressive last week against the Rebels, but still won.  They are really missing Patrick Lambie, but could struggle in Canberra this week.

The Brumbies will be hurting after being silenced by the Crusaders and will welcome a return to home for this important clash.

The Sharks have some powerful players but the team hasn’t been named yet, but watch for Bismarck du Plessis and Jean Deysel.

The Cheetahs will have gained some confidence after improved performances, although they still have only won two from five at home this season.  Johan Goosen is back to help the home team while the Cheetahs have improved since the return of Heinrich Brussouw.

It will be difficult for the Force as the Cheetahs are a tough nut to crack at home and one of the best attacking teams in the competition.

It is hard to know how the Force will go away from home.

The Force haven’t been named yet with Nick Cummins, Nathan Charles, Matt Hodgson and Ben McCalman their best players in 2014.

The Bulls will rely heavily on their pack to beat the Stormers who will do the same, so there will be some fireworks when these two teams meet.

The visitors resemble a casualty ward after their win over the Highlanders and so will struggle.  While it will be interesting to see how they go without Jacques-Louis Potgieter who has been benched for Handre Pollard and their locking duo of Victor Matfield and Paul Willemse have been playing well.

The Bulls are sitting close to the Top Six, while the Stormers are battling with the Cheetahs and Lions for the wooden spoon in the South African conference.

The Bulls have been impressive at home in 2014 and should be too strong for the Stormers.

Players like Victor Matfield and Paul Willemse are two of the better point scorers for the Bulls.  Jan Serfontein and Jacques du Plessis are also good value.

For the Stormers check their team list but watch for Schalk Burger to lead the team strongly while Duane Vermeulen, Jaco Taute and Damian de Allende are other options.

The Crusaders are hot to trot and should have too much class for the Reds in a repeat of the Super Rugby 2011 final.  The Reds have been disappointing this season while the Crusaders are threatening to overtake the Chiefs at the top of the competitive New Zealand conference.  There is a dogfight in the NZ Conference and so the Crusaders must pick up the points in Queensland.  It is of course easier said than done.

Neither team has been named yet, but watch for Quade Cooper and James Horwill for the Reds and Sam Whitelock, Colin Slade and Ryan Crotty for the Crusaders.

Who are you picking to win Super 15 Rugby Round 13 matches?