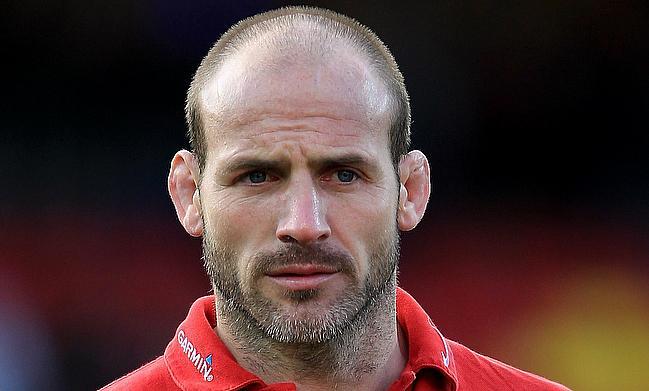 It has been a week like no other in rugby union.

From last Friday’s team meeting to preparing for this afternoon’s derby clash with Harlequins, the focus has been on Saracens and it looks like it will stay that way for some time.

Across the game, co-investments, salary caps and image rights have been discussed at great length as each day we have woken up to new developments surrounding the Saracens saga.

Finally, after a widespread uproar for Saracens’ salary cap breaches to be released after they accepted relegation to the Championship, Premiership Rugby eventually acted as Lord Dyson’s 103-page report was published on Thursday.

Earlier this week, The Times also reported other clubs were passing on information to Premier Rugby about Saracens, that helped put in place the investigation which led to the relegation of the English champions.

An intriguing twist on the genesis of the Saracens scandal https://t.co/LIMpyMUc7N

One of teams who reportedly carried out their own investigations were Harlequins and their findings - which included information about the co-investments that the former Saracens chairman and owner Nigel Wray had entered into with some of his players - were presented to Andrew Rogers, the PRL salary cap manager

If Sunday’s clash at the Stoop needed any extra spice, Quins’ ‘dossier’ on their rivals may have just been the final ingredient.

The story around Quins’ enquires were released following the club’s media day on Tuesday morning where, as expected, current Director of Rugby and former Saracens man Paul Gustard was asked about the situation.

“Obviously enough has been said about it,” Gustard said. “It is fundamentally a matter now between PRL and Saracens. It has been dealt with.

“They have been found guilty of something and face the consequences for that. I am a Harlequins coach now, all I think about is Harlequins winning.”

Saracens’ situation was brought into the public domain back in November when PRL’s investigation revealed the club had breached the salary cap in three consecutive seasons. They were fined £5.36 million and deducted 35 points, but their Premiership playing duties continued just four days later as Saracens travelled to a hostile Kingsholm to face Gloucester.

Sarries were taunted by the Cherry and Whites faithful with some fans waving fake £50 notes at the champions, but in the face of adversity, Mark McCall’s side produced an efficient performance to secure a 21-12 victory.

And as recently as last Sunday, they showed their unquestionable character once more.

Less than 24 hours after their relegation from the Premiership was confirmed, all eyes were on Allianz Park and Saracens as they looked to keep their Champions Cup dreams alive against Racing 92

The European champions had Will Skelton sent off, Billy Vunipola injured and they also trailed at half-time, but yet again, they rose to the challenge when the odds seemed against them and Gustard imagines it will be another emotionally charged performance from Saracens on Sunday.

“They still have a formidable XV to play against us and we have 15 to 16 players ruled out for different reasons, mostly injury of course. We are both shorn of a lot of players to select from. As always, Harlequins-Saracens is a hotly-contested affair. It will be physical, intense and a humdinger of a game.

“It is 23 v 23. The game is played by the guys on the field. It is my job to see what opportunities we can create to score more points than them and to neutralise some of their threats. And that's it. The beauty about rugby is once the game kicks off, everything that has been said in the papers and has happened over the last few weeks counts for nothing. It is about who wants it more.”

Included in Harlequins’ 23-man squad for the weekend is James Chisholm, who will start in the back-row alongside Alex Dombrandt and Chris Robshaw.

The 24-year-old has certainly impressed this season and having made 83 appearances in the quarters of Quins, Chisholm is more than aware of the intensity which comes with these derby matches against Saracens. Of course, next season, this London rivalry will have to be put on hold but Chisholm believes it would be a surprise to see some of Sunday’s opponents plying their trade in the Championship in 2020/21.

Is that @Alex_dombrandt handing off to @LukeNorthmore for his first @Harlequins try?

“It is strange [that they won't be in the league next season],” said Chisholm. “I can't imagine your 10 internationals are going to make the journey to Castle Park and play Doncaster away. I can't see that happening.

“I cannot imagine all the internationals will be there churning it out every week, playing at the Richmond Athletic Ground. Whatever happens, the punishment fits the crime, so to speak. Hopefully the international players will still be able to play Test rugby [if they do stay with Saracens].”

If some of Saracens’ leading international stars do want to operate away from the second tier of English rugby, loan moves to Premiership clubs is just one of the options available to them.

We will see if teams in the Premiership use Saracens’ absence from the top tier to blood their own youngsters or assemble a side capable of lifting the title in June, but Chisholm admitted he would welcome any quality additions to the Stoop.

He added: “If it is feasible, and those internationals need to go on loan, then you would welcome them with open arms, like any good player coming to this club, whether from Saracens or Sale or South Africa.

“It is not the lads' fault what has happened. If we are going to sign international players, why not guys from up the road? We are looking to improve the club, improve as players and ultimately the coaches with their signings are looking to do the same. We'll see what happens.”

With Saracens returning to Premiership action for the first time since accepting relegation, unlike previously, they are now playing for nothing on the domestic front. This could, however, present Harlequins with an opportunity to continue building the momentum generated by their recent performances in Europe against Bath and Clermont as they look to spark their top four ambitions into life.

For 80 minutes at least, it’s time to let the rugby do the talking.