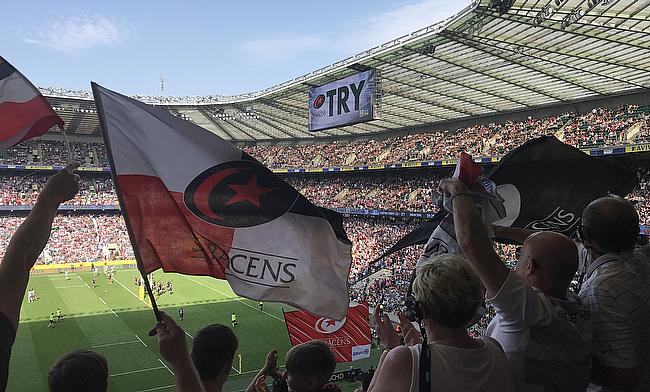 Former Saracens player George Chuter believes there will be ‘no closure’ on Saracens’ relegation to the Championship unless the full extent of their salary cap breaches are revealed.

“Get ready to play for England.”

Those were the words of Eddie Jones at Twickenham yesterday as the head coach announced his Six Nations squad for the upcoming Championships.

Jones’ group of 34 contains seven current Saracens players and the revelations surrounding the Gallagher Premiership champions has dominated the sporting headlines after the club’s relegation from the top tier was confirmed on Saturday evening.

As expected, Jones faced questions regarding Saracens' salary cap infringements, but he played a straight bat to the gathered media on Monday afternoon, stating he only wants his players “to worry about getting right to play France” in England’s Six Nations opener.

Regardless of Jones' reluctancy to go into greater depth on the issue, the future of Saracens’ superstars still remains unclear, as does the situation itself, after the club accepted demotion to the second tier rather than a forensic audit of their accounts.

There are still clearly more questions than answers in this saga and former Saracens player George Chuter feels closure on the matter is a long way off.

“The sooner, we the public, and also the fellow members of the PRL [Premiership Rugby Limited], i.e. the clubs, know the full story, then we can start thinking about almost forgiving Saracens and work on a way back from there," Chuter told TRU.

“Until we know the full story and until we know the extent of what Saracens have done, there is no way we can get closure or get close to that. PRL have got a duty to fans as well. It is such a big story, but actually, the fans are the ones you have to feel for. They are the people that rock up week in, week out and spend their money so they deserve the full story as well.”

Chuter made 68 appearances for Saracens between 1997 and 2000 and during that period, the salary cap was introduced into the Premiership.

The 43-year-old was also at the club with former chairman Nigel Wray, who many have been pointing the finger at following the scandal.

Whilst Chuter agrees the story leaves Saracens in a tough position, he was also keen to deflect some of the negativity away from Wray.

He added: “It is a proud club and it came from very humble roots to now being a world power.

“To find that a lot of that has been built on lies, tricky and deceit is disappointing. I guess you won’t know the full story or may never know the full story. Even what we know now, it paints a pretty bad light on what was a fantastic club.

“For Nigel, it is a little bit harsh. I guess being executive chairman, the buck should stop at you. Having said that, you don’t know how involved he was in recruitment and making promises to players or whatever. We have not been privy to that information.

'The biggest problem with all this is the subterfuge and deceit’

Ex #Saracens hooker @george_chuter says the team should have gone public with their finances when they were given the chance, following persistent salary cap breaches.

“My relationship with Nigel has always been a really good one. I think he genuinely is a really good man. The sad thing is a lot of the good things he has done for rugby in general and for Saracens in particular, will now be tainted.

“You have got to realise the work the Sarries Foundation have done and the school they have set up. Nigel, himself, is a right philanthropist and he has put money into various charities such as the Matt Hampson Foundation. He is a really generous person and I think this will spoil the image of him which is very unfortunate.”

Before Saturday night’s announcement, Sarries had already been deducted 35 points for the current Premiership campaign and fined £5.4m for breaching the salary cap over the past three seasons.

However, the club needed to show evidence of immediate cap compliance to avoid further punishment and after the comfirmation of Saracens' relegation, Chuter believes this story will continue to rumble on.

“I think when the initial findings came out about Saracens, I think the 35-point deduction and the fine was probably about right,” said Chuter. “However, this story has developed over the last four or five days and it has put things into a different realm. We are talking about systematic cheating over an extended period of time and it is now not the end of the situation I don’t think.”

Chuter, who earnt 24 caps for England, also admits it is tough to know which current Saracens players will stick by the club in the Championship.

Established internationals such as captain Owen Farrell, Mako and Billy Vunipola and Maro Itoje may have to make the decision to leave the European champions if they are to continue representing their country.

Despite the RFU confirming Championship players can be selected for England duty, Chuter says he will be interested to see where some of their allegiances lie as Sarries prepare to rebuild their squad.

“You are talking about world class players and there will be no shortage of suitors for sure next season,” said Chuter.

“I guess it will have to be on a player to player basis. Some of the guys who have been there man and boy from the academy upwards, they might be a bit more loyal and show loyalty. Some of the guys that might have come in more recently, maybe they will be looking to get out there and join other clubs. It is very difficult to tell right now.”