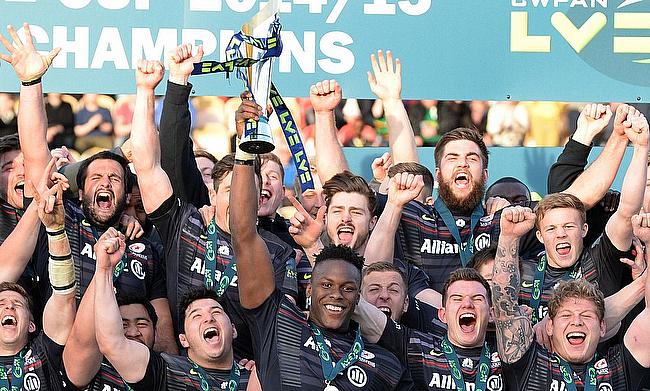 Premiership Rugby has released a detailed report on the findings of Saracens salary cap breaches that saw them being docked 35 points in the ongoing season and a fine of £5.36m which was followed with the decision to relegate them at the end of the ongoing season.

The Allianz Park outfit were initially found guilty of breach in salary cap for the last three seasons and were fined in November and their inability to stay within the £7m cap limit in the ongoing season meant they will now move to the second tier in the next season with a number of England internationals including Owen Farrell, Maro Itoje, Billy and Mako Vunipola future with the club uncertain.

The report were released into the public domain with the consent of Saracens.

“We are pleased to be able to finally publish the full judgement on Saracens’ breaches of the salary cap in the last three season,"said the chief executive of Premiership Rugby Darren Childs.

“Now that everyone can see the details, the decision will show that Premiership Rugby has taken firm action to enforce the regulations and our management of the salary cap has been endorsed by the panel.”

Earlier the Premiership Rugby Limited wanted each breach to be sanctioned separately but the three-man panel led by Lord Dyson insisted that such a sanction would lead to docking of 70 points in the Premiership season after which docking of 35 points and a fine of £5.36m was arrived at.

Even though Wray on his part had indicated that the additional payments made to the players were "bona fide commercial transactions with a number of players based on the merit of those investments, not, as PRL suggests, in order to provide an additional reward to players for playing their rugby at the club", the panel refused the argument and included the capital investment as a part of salary to the players.

“We are satisfied that these capital contributions were salary," read the report.

The panel found that the double winners acted deliberately in attempting to break the salary cap, adding that their conduct was “egregious”.

“We do not accept that Saracens’ breaches can all be characterised as merely negligent,” the report added.

“Its failure to co-operate with (SCM) Mr Rogers and seek clarification was egregious, particularly in light of the events leading up to the 2015 settlement.

“It took risks and is now paying the price for doing so.”