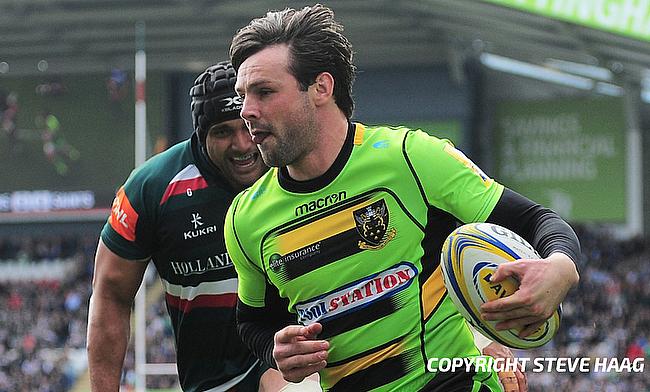 Ben Foden made over 300 appearances in the Premiership
©Steve Haag

The name Ben Foden is synonymous with headlines.

Making splashes on both the front and back pages in his time as a professional rugby player, Foden has been much further afield from many of his former Northampton and England teammates as the Saracens turmoil has unfolded in English club rugby.

Now a marquee name in Major League Rugby, playing for Rugby United New York, Foden offered Talking Rugby Union’s Joe Harvey his thoughts on events in the Premiership in the first of two interviews with the star.

“It is one of the biggest scandals in rugby,” Foden said. “The weird thing is, we’ve all known it has been going on for years. It is just bizarre how it has been dealt with. Everyone thought 35 points was enough and the big fine, and then suddenly they’re only on minus seven points, they could stay up and it’s not enough now.

Whilst Foden has no direct knowledge of the financial information of individual Saracens players, the full-back’s guess work was done as a player with an understanding of a player’s market value. With Saracens having so many high profile and high performing players, it seemed impossible for the current European and English champions to be operating under the salary cap.

“You look as the squad of players and when they are making signings, you’re like; how on earth can a team afford to have an Alex Goode, a Liam Williams and an Elliot Daly in your back three?” Foden said.

“As well as Sean Maitland, (David) Strettle. They had an international team of 28 players, there was no way, you look at the calibre of players.

“Obviously, Sarries are a very attractive club and they are winning titles, there was no way you are going to sign a (Owen) Farrell for £200,000 a year, you are not going to sign a Liam Williams for £2,000 a year.”

Over the weekend, the downfall of one of rugby’s most successful club sides was handed another nail in the coffin. Automatically relegated to the Championship at the end of this season, Foden questions why the club should be made to carry out the rest of their fixtures for the remainder of the 2019/20 season.

“I don’t understand, what do Saracens have to play the Premiership for?” Foden added. “You know what I mean? There is no reason for them to play Premiership games anymore. How are they going to make their players hungry to go out there and play these games now if they can’t get an award?

“Surely the likes of Owen Farrell, Itoje, who have England aspirations and Lions aspirations, what is their incentive to go out there and finish the season? I think it is a bizarre move. The Premiership is over for them and even Europe, they might not be able to play in Europe if they go down, it’s a bit of a mess.

“It has been very interesting viewing for someone that is sitting over in America, in a different league, watching it all unfold.”

With so much money now in professional English rugby, the Premiership in particular, Foden understands why players would have attempted to increase their earnings. Many of the Saracens players had co-invested in businesses with former chairman Nigel Wray, with these being a major part of Lord Dyson’s investigation into alleged salary cap infringements.

“Rugby has become much more popular,” said Foden. “Kids are watching on the TV, their heroes are Owen Farrell, Maro Itoje and they are commercially such an asset for their clubs as well. Maro has been on the cover of GQ, Vogue and they are doing adverts for Adidas and Nike.

“Yes, you want the legacy of being able to play for your country and win a World Cup, but in the grand scheme of things, looking after yourself financially, for life, being an icon on billboards, commercials for cars, which one is more important as a professional player? That’s sort of what is coming into professional rugby now.

In the second part of TRUs interview with Ben Foden, the growth of rugby in the USA will be discussed, as well as how things went in the full-backs first season in MLR.