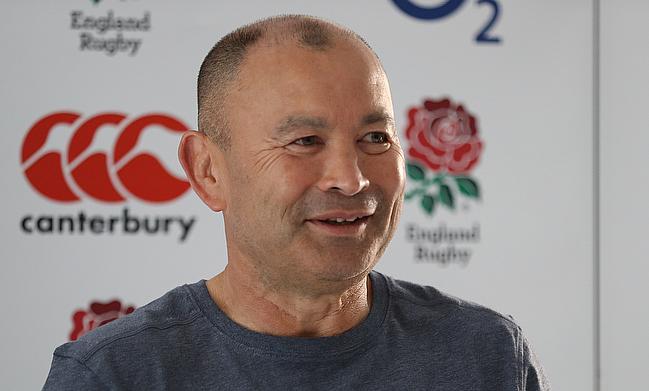 Quite simplym the last few days of rugby news have been astonishing. Saracens relegated, of course, takes all of the headlines and after a weekend of drama on and off the field, TRU were given the opportunity to talk to Eddie Jones, along with many of the associated press, to discuss his Six Nations squad and how recent events could affect him in the short-term future.

The night before the news had broken..,.

Premiership Rugby board members wanted Saracens to open up their books for a financial audit or be subjected to instant relegation to the Championship if the club was unable to prove they hadn’t broken the salary cap this season.

A meeting at 8:30am at the Saracens training facility, that they share with National Two South’s Old Albanian RFC, would take place between management, coaches and players to discuss the club’s immediate future.

Saracens on the brink of relegation. Players in for an 8.30am meeting to discuss. Big issues for discussion: who will still be there next season. And what division will they be playing in? https://t.co/FDuJEWeegc

Suddenley, the Premiership door was about to slam shut behind Saracens.

A day that starts like any other. That’s usually how people describe days like this, isn’t it?

Whilst events in Hertfordshire were still awaiting to unfold, the Challenge and Champions Cup fixtures for Saturday kicked off, with many keeping an eye out for potential bolters in the England squad.

One such player on everyone’s lips was Alex Dombrandt.

The former Cardiff Met captain and star of BUCS Super Rugby shone for Harlequins against Clermont at the Stoop. Still only 22, Dombrandt stood head and shoulders above his peers, offloading the ball with ease to provide his former Cardiff Met teammate Luke Northmore with a try as the back-row was awarded man of the match for his efforts in Quins’ 26-19 Champions Cup victory.

Eddie Jones was even in attendance in West London to see Dombrandt in action. However, clearly, he was not as impressed as many were by the number eight.

Not opting to select him for this first England squad for the Six Nations, Jones has instead called up Saracens’ Ben Earl and Worcester’s Ted Hill, who already has a cap to his name, to help cover the injury-plagued position group.

“I think he (Ben Earl) has played exceptionally well for Saracens, got a bit more toughness and rigour about his game,” Jones said on Monday afternoon. “The Saracens coaches have done a great job with him and I can see he is the kind of guy to compete hard for that seven shirt, possibly play eight.

“We have got some great back-row options. We feel Tom Curry could play, Ludlam can play eight, so we have got enough in that area.”

As darkness fell, the same happened for Saracens. At 7:20 in the evening, Premiership Rugby published the press release which stated the English champions would be subjected to automatic relegation from the Premiership.

Premiership Rugby have announced Saracens will be relegated at the end of the 19/20 season. pic.twitter.com/wi0jGo4EZ3

A team that had been eulogised and used as the benchmark for so many clubs across the country for their hard-working attitude and team culture, the dynasty of Saracens will now be remembered for nothing more than cheating their way to the top.

"Premiership Rugby is prepared to take strong action to enforce the regulations governing fair competition between our clubs,” Darren Childs, Premiership Rugby Chief Executive, said. “At the conclusion of dialogue with Saracens about their compliance with the Salary Cap Regulations, it has been decided that Saracens will be relegated at the end of this season.”

A year in the Championship it will be for Mark McCall’s star-studded squad, unless players are shipped out on loan or they take controversial contracts abroad, potentially preventing them from representing England in a Lions year.

The questions were already mounting for Eddie Jones’ Monday presser. It was only Saturday.

The morning after the night before. ,,,

Whilst many woke up around the country with hangovers, Saracens fans and players woke up with a different kind of headache. Saracens had the chance to secure a place in the knockout rounds of the Champions Cup with a win against Racing 92 at Allianz Park

It was an eerie atmosphere in North London that descended upon the Sarries game, with fans still reeling from the previous night's news and plenty of journalists wanting a piece of the story. In true Sarries fashion, McCall’s side ground out a 27-24 win over a talented Racing team.

There were stand-out performances from Owen Farrell, Ben Earl and Mako Vunipola, all of whom now have uncertain future’s with the side if they want to continue their international ambitions. One player ruled out of international contention is Billy Vunipola who suffered his fourth broken arm in two years, making Monday’s omission of Alex Dombrandt all the more perplexing.

???"This guy packs a serious punch in defence!"

“I’ve made a decision about what I feel is the right balance for the back-row, there are some good, young players out there, I’ve been watching them carefully, watching very carefully to see whether they’re the right sort of number eight for us and we have decided to go for a different way of playing number eight without Billy,” Jones added.

Questions about many of Jones’ star players from Saracens would soon follow. Would they still be considered for international duty in the Championship? Would the ban on selecting players based overseas be lifted if someone like Owen Farrell moved abroad? Jones was concise in his answers.

“I know it’s of interest to you and I know it’s the headline you want. The only thing I’m interested in is coaching this side as well as I can and coaching to be ready to beat a France side that is going to be confident. We need to be right to play that game and that is the only thing I can think about.”

After coming so close to glory in Japan, Jones is clearly entering this Six Nations Championship enthused and with an ambitious goal in mind, ignoring all speculation about the possible futures of his star men.