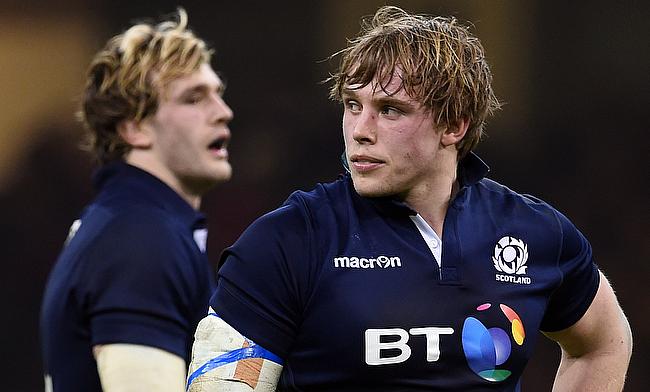 Vern Cotter has made five changes to Scotland line-up from their final RBS Six Nations game for the first Test against Japan on Saturday.

Nearly four players were unavailable because of injury and Glasgow Warriors lock Jonny Gray has made a comeback after missing on the Six Nations tournament.

Tim Visser, who missed out on the tour with a hamstring injury will be replaced by Edinburgh wing Damien Hoyland, who has made just one Test appearance for his country.

Hoyland said it was a dream come true moment for him to represent his country.

"I just saw my name up on the screen, just paused, looked for a bit and thought quickly about when I first started playing rugby and my ambitions to represent Scotland," Hoyland said.

"Now it is actually happening - I am getting my first start and I can't believe it. It is very, very surreal. It will definitely be emotional.

“I don't like to cry, so I will be holding it in, I imagine. I have to keep my head down, try not to get caught up in it too much and just focus on the game."

With no Duncan Weir in the squad and Finn Russell ruled out with an injury, Ruaridh Jackson is set to start at 10 for Scotland in the opening game.

Cotter believes Jackson has earned his position as fly-half and is excited to see the younger players showcase their talent in the upcoming series.

"I thought 'Jacko' did some good things during the Six Nations and deserved an opportunity to turn out at 10.

"Damien Hoyland also gets a run on the wing. It is exciting to see talent come through the ranks and push for a place in the starting team.

"He was with us pre-World Cup and trained well. He kicked on from there, credit to him. He could have sat back and been disappointed but he did the right thing, worked hard and improved his game.

"He is with us now and it's a great opportunity for him. He has a lot to work on but he has good feet and does score tries, he is a good attacking player as we have seen through sevens. He will provide line breaks and give us go-forward."