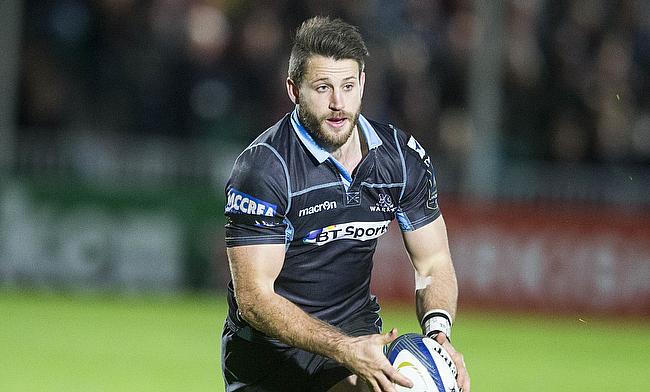 Scotland wing Tommy Seymour is expecting Stormers centre Huw Jones to come good in the upcoming tour of Japan despite the 22-year-old maintaining a low profile in the squad.

The Edinburgh-born Jones was added as a surprise replacement to the Scotland squad in the place of Finn Russell, who sustained a head injury during the Pro12 semi-final.

Jones completed his schooling at Millfield in Somerset before he moved to South Africa on a gap-year trip and made his professional rugby debut with the Western Province in 2014.

He joined Stormers in 2015 and made six appearances off the bench for the Super Rugby team in the previous season after which he was included in the Scotland squad for the tour of Japan.

Jones suffered a foot injury earlier in the week, which hampered his training, but Seymour is impressed with the newest member of the squad.

"He seems a nice lad. He has not come in too boisterous or anything like that. He's just come in and got on with what he needs to do. That's the best way to do things.

"I think he will fit in well and hopefully he can have an impact in the shirt.

"I don't know too much (about how he will fit in the team) as he's not be involved too much.

"But from what I've heard and what I've seen in his highlights reel, he will be an abrasive guy who will get in and do his job well.

"He wants to operate in those 10 channels. He's quite a big guy so he'll be able to bring that edge.

"His ability to play in a multitude of positions is also something that will help. He's adaptive. He can play centre, 15 and wing so to have guys who can do that is always a key component in our armoury."

Scotland's tour of Japan comprises of two Tests to be played on 18th and 25th June at the Toyota Stadium and the Ajinomoto Stadium respectively.

The Brave Blossoms' only victory against Scotland came in 1989 and their recent encounter was during the World Cup 2015 where Greig Laidlaw's men defeated Japan by 45-10.

Despite, a convincing record against Japan, the Glasgow wing urged his team-mates not to take the Asian team lightly.

"They were a quality team going into the World Cup and I think they've probably come on a few phases since then.

"With the participation of the Sunwolves in the Super 15, they have probably developed being a part of that competition too.

"They will have a new coaching structure in place with new ideas, so I think they will take everything they did in the World Cup and build on that. Certainly it will be a high-tempo, very skilled side with a lot of energy. They will do things very quickly and very efficiently.

"We will need to be on our guard and try to get on top of their tempo and their turnover ball, because that is something they are very dangerous with."