Saracens players will be available for Six Nations - Mark McCall 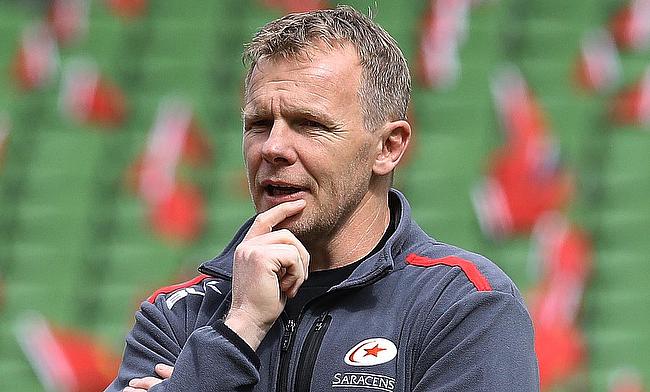 Saracens director of rugby Mark McCall affirmed that the club's players will be available for England's Six Nations campaign that will kick-off in February next year.

Earlier, England coach Eddie Jones expressed fears about the availability of Saracens players in the upcoming Six Nations as he felt that they might choose to help save their club in the battle to avoid relegation after they were docked 35 points in the Premiership and fined £5.36m for breaching salary cap.

Former England defence coach and Harlequins boss Paul Gustard believes that the sanction might even force few of the Saracens players into Test retirement to focus completely on the club.

However, McCall insisted that the club will provide their full support to England.

"I genuinely want our players to play for England. Of course I do, it's the absolute pinnacle of the game.

"Wanting to play in the Six Nations doesn't mean you're not committed to the club.

Jones had six Saracens players including skipper Owen Farrell in the matchday squad of World Cup final against South Africa that lost 12-32.

The sanction on Saracens in the Premiership meant they are languishing at the bottom of the table and are 26 points behind 11th placed Leicester Tigers but McCall is confident of turning things around.

"We are going to concentrate on the rugby and getting back to what we do well. It is definitely a tough challenge, there's no doubt about that.