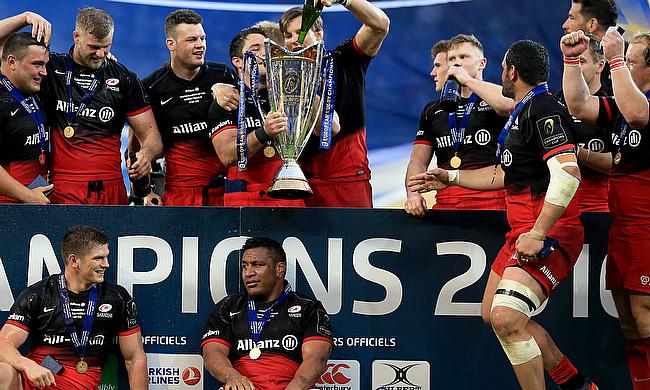 Saracens will have their task cut out in the Premiership
©PA

Premiership and European defending champions Saracens have confirmed that they will not appeal against the sanction for salary cap breach handed over by Premiership Rugby.

The Premiership champions were docked 35 points in the ongoing season and also were fined £5.36m following a nine-month investigation by an independent panel on the arrangements made between the club owner Nigel Wray and some of the players while they also failed to disclose the player payments for the last three seasons.

There were reports circulating early on that the Allianz Park outfit will appeal against the decision by Premiership Rugby but the club chairman said they will accept the punishment.

"We have made mistakes and so, with humility, we must accept these penalties," said Saracens chairman Nigel Wray.

"As a club, we will now pull together and meet the challenges that lie ahead.

"We confirm our commitment to the salary cap, and the underlying principle of a level playing field, and will continue to work transparently with Premiership Rugby in this regard."

As a result, Saracens have now moved from the third position in the Gallagher Premiership table to the bottom with -22 points and are behind the 11th placed Leicester by 26 points.

“We welcome Saracens’ decision to accept the verdict of the independent panel and are pleased the club has crucially reaffirmed its commitment to the Premiership Rugby Salary Cap.

“This is the right outcome for English club rugby. Bringing this process to a conclusion means that we can focus on working in partnership with all Clubs to continue to build a competitive and successful league.”