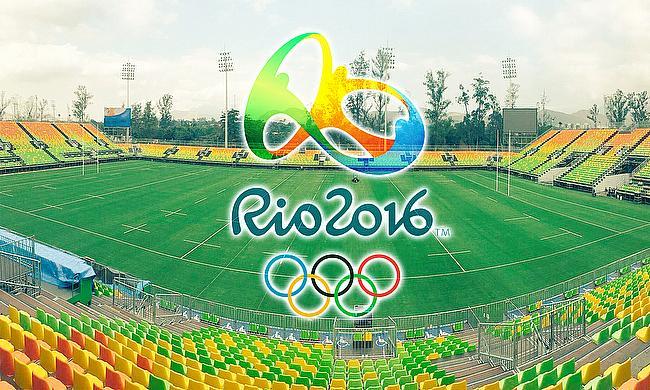 The 2016 Rio Olympics will mark the first time ever Rugby Sevens has been included as an official Olympic sport and will be the first tournament since Paris in 1924 that rugby has been represented in any form.

The 40-match tournament will be held at the Deodoro Stadium in the Rio de Janeiro Olympic Park – a temporary stadia built especially to host rugby and the pentathlon competitions - between Tuesday 9th and Thursday 11th August.

Sixteen nations have qualified for the inaugural tournament and have been divided into three pools of four. The teams that finish 1st and 2nd in each pool automatically progress to the quarter-finals with the top-two ranked third-place teams also advancing to ensure eight teams will compete in the knockout rounds. The remaining four teams will compete in a plate mini-tournament in order to decide the 9th-12th place finishes.

With rugby still a growing sport in Brazil, hosting the maiden Olympic Sevens tournament presents a huge opportunity to augment the game’s popularity. However, the bulk of the squad’s semi-professional playing experience would suggest it could ultimately prove to be a difficult tournament for the hosts.

As one of two clear tournament favourites, the Sevens event will offer Fiji their greatest chance yet of winning a first Olympic medal in any sport.

Fiji’s proficiency for the seven-man game is infamous and they enter the tournament as back-to-back winners of the HSBC World Sevens Series – the premier competition in World Sevens. Their championship status of said tournament in 2014-15 ensured their qualification for Rio 2016 and their free-flowing yet efficient manner that has consistently pushed the boundaries of Sevens excellence should see them become the casual observer’s team de jour.

A long, rangy, powerful second row known for his sublime off-loading ability. A figurehead of the Fijian National Union side, Nakarawa is currently one of the best locks in rugby period, with a game tailor-made for Sevens.

Still a burgeoning rugby powerhouse, the USA qualified as winners of the NACRA Sevens Qualifying Tournament.

Sevens has arguably taken a more significant place in the American sporting scene than its 15-man ‘older brother’ so far, with the USA boasting a number of specialist sevens players including Carlin Isles and Perry Baker. With an interesting injection of athleticism from both the NFL and union proper to complement their specialists, the USA have the potential to go far in the tournament.

If for nothing else than the novelty of watching a NFL player (Ebner is a Free Safety for the New England Patriots) attempting to cross sports, Ebner, with his ability to deliver bone-shattering hits, will be one of the most intriguing players in the entire tournament. Could be the catalyst for a new generation of rugby-following Americans.

Winners of the CONSUR Sevens Qualifying Tournament, Los Pumas have long held some traction in the global sevens game but have struggled to propel themselves with any consistency into the code’s upper echelons.

With Sevens legend Santiago Gómez Cora presiding over a mixture of established Sevens veterans and exciting domestic talent Argentina should be firmly amongst the pool stage’s top-eight teams although the result of their encounter with the United States will likely determine who progresses alongside Fiji.

An established international in the fifteen-man game, Imhoffwill bring genuine star quality, and a rare mix of bulldozing power and lightning pace, to the tournament.

Having secured qualification as runners-up in the 2014-15 World Sevens, the Springboks will arrive in Rio as a serious contender for a podium finish.

Consistently finishing amongst the medals in previous Commonwealth and World Games tournaments, the South Africans boast a centrally contracted Sevens system which has provided them with a spine of a team well-versed in international competition and with extensive experience of playing together. Such cohesiveness and familiarity should see them progress to the semi-finals at least.

Currently the premier try-scorer in all of Sevens due to his unplayable foot speed, Senatia, who alternates time between the Stormers and the South African national Sevens team, has tallied 157 tries in 144 matches across five World Series tournaments, including 66 on last season’s circuit. For perspective on how quick Sanatia is - he ran the 100m in 10.6 seconds at 17.

A fellow giant of world rugby, Australia will pose the greatest challenge to South Africa in Pool B and possess enough Sevens acumen to make their own sustained bid for a medal finish.

With a dedicated team of Sevens professionals that saw them win the Oceania Sevens Qualifying Tournament, Australia should advance from their pool with ease even with the Springboks as direct competitors. Whoever emerges triumphant from that Southern Hemisphere clash will likely go through as pool winners.

Australia’s captain, and the Wallabies most-capped Sevens international ever, Ed Jenkins is a rampaging prop forward who has made a career out of running over people. A prototype for forwards in Sevens, Jenkins has amassed 104 tries on the World Series circuit since 2010.

With a professional set-up and a smattering of high-end talent France will be competitive in Rio, although it would appear their best chance of entry into the quarter-finals will be via finishing as one of the top-two ranked third place nations.

Vakatawa made headlines earlier this year when he was a surprise inclusion in Guy Novès inaugural squad for the 2016 Six Nations. A game-changing talent in both Sevens and ‘Fifteens’, Vakatawa brings a typically Fijian mix of strength and quickness to the French Sevens side.

Like Brazil, Spain are still a nation learning to love the sport of rugby having only been elevated to ‘core team’ status by World Rugby before the 2012-13 World Series.

However, despite their relative rugby infancy, Spain secured the final spot in the 2016 tournament with an impressive victory over Samoa in the Repechage Tournament in Monaco in June.

Spanish Sevens are probably still a number of years away from making a substantial impact on the global game but participation in this year’s Olympic tournament should serve as valuable experience going forward for Los Leones.

One of only a handful of full professionals turning out for Spain, Sempere will be looked on to provide veteran leadership and expertise in a relatively untested Spanish squad. Currently plying his trade as a fly-half/fullback with El Salvador in Spain, Sempere will likely take on kicking duties in Rio as well as covering each of the positions across the Leones’ backline.

The other de facto tournament favourites, New Zealand arrive in Rio as the game’s most illustrious competitor and in a comparable position to their fifteen-man cousins as their code’s ultimate authority.

Twelve-time World Series champions, New Zealand will act as the Goliath to Fiji’s David in the tournament’s latter rounds with a gold-medal finish the only satisfactory outcome for the All Blacks and their supporters.

A legend of Rugby Sevens, DJ Forbes, even at 33, will inevitably prove to be one of the tournament’s major influences.

A former captain for the National Sevens side (he stepped down to focus on preparing himself for the Rio games) Forbes is a veteran of over sixty(!) tournaments and has led the All Blacks to six of their twelve World Series titles. A flanker with unparralled vision (in the typically New Zealand mould), Forbes is the central figure around which the Kiwis – the best Sevens team of all time – pivot.

An amalgamation of eligible English, Scottish and Welsh players, the Great British Sevens team qualified for the tournament by virtue of England’s fourth-place finishin the 2014-15 World Series.

A unique collection of talent, Rio 2016 will serve as the maiden competition for the Great Britain side compiled by Sevens legend Simon Amor. Whether the eclectic mix of dedicated Sevens players and the union professionals acting as cross-code surrogates can mesh quickly in the face of more coherent and experienced squads however will be pivotal in determining how successful Team GB will ultimately prove to be.

A former full-time Sevens professional who successfully made the conversion to the fifteen-man game last season with Newcastle Falcons, Watson will ideally bridge the gap between the Sevens and Fifteen players for Team GB. Elusive and with pace to burn, look for Watson to take on a key role as Team GB’s creative catalyst with his ability to beat players one-on-one.

Africa’s premier Sevens side behind only South Africa, Kenya have enjoyed sustained success on the circuit despite a lack of popular support for the unabridged, 15-man code.

Champions of the Rugby Africa Sevens Qualifying Tournament, Kenya enter the tournament with both experience and pedigree having been a mainstay of international Sevens since the early 2000s and having won their first Sevens Series event in Singapore earlier this year.

As unheralded as they will inevitably be, cast in the shadows of both the British and Kiwi juggernauts, Kenya, with an integrated squad and the prototypical Sevens flair, possess the potential to cause a major upset in Pool C.

Another legend of the Sevens game, earlier this year winger Injera became the all-time top-try scorer in Sevens history passing the previous mark of 230 set by Argentinian head coach Santiago Gomez Cora. And at only 29, Injera still has plenty of time to extend that record.

Rounding out the ‘Pool of Death’ are Japan who qualified by virtue of their success in the ARFU Sevens Tournament.

Despite a clear control over Asian Rugby, Japan have struggled at a global level, perpetually floating around the bottom places in the World Series (15th in each of the last two competitions).

The 2016 tournament should prove a stepping stone for the Brave Blossoms who will likely have grander designs on the second Olympic Sevens tournament due to be held in 2020 in Tokyo.

Cousin of his Fijian-Australian namesake, LoteTuqiri will be looked upon as one of Japan’s premier creative forces in Rio de Janeiro. A utility back capable of playing at both centre and wing, like Vakatawa, Tuqiri will bring a Fijian brand of power and elusiveness to the Japanese side that will be considered the Brave Blossoms’ Plan A for gathering attacking momentum.

Francois Hougaard's act of generosity gets rewarded with Olympic medal

Say it in 7 - Essence of our message

Qualification for 2020 Olympics sevens rugby will be challenging - Simon Armor

Ben Ryan yet to decide on future after Fiji success