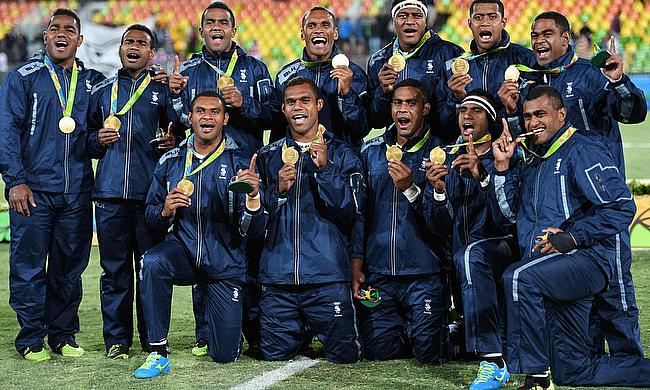 Fiji are upbeat on welcoming their sevens national team after they claimed the first ever Olympic medal in Rio following the victory over Great Britain in the final.

Head coach Ben Ryan will sign off on a high after leading the team to back-to-back World Sevens series and now a gold medal at the Rio Olympics was an apt finish to his career with the Pacific nation.

The chairman of the Nadi Chamber of Commerce and Industry (NCCI) Dr Ram Raju has urged his members to participate actively in the event.

“The NCCI members are urged to be part of the event and contribute firstly, to decorate their shops and houses with balloons and so on, secondly to put up flags and thirdly donate generously,” he said.

“Contribute generously as you realise the spin off from this historical win is enormous in terms of business and economic growth. Funds collected will be handed over to the Ministry of Youth and Sports for various programmes in celebrating the win.”

Prince Charles Park is set to be host the celebration from 4pm on Sunday following the arrival of the Fiji team in the afternoon.

Cabinet minister of Fiji Aiyaz Sayed-Khaiyum confirmed that the government will honour the 13 players of the sevens team and the team management with medals and $30,000 each.

"His Excellency the President will be presenting to them the various medals given to them by the State in recognition of their performance for coach Ben Ryan and the winning team," Sayed-Khaiyum said.

"His Excellency the president will give the incentive that Government had announced, with respect of the winners of a gold medal. We will then show the highlights of the Olympics. We will hear remarks by the head coach and winning captain Osea Kolinisau. The $30,000 will be given to 17 people including the 13 players and four in management. It's per person and it's for them personally."

Following the event on Sunday at Prince Charles Park, the celebration will move to Suva on Monday, which has been declared a national holiday.