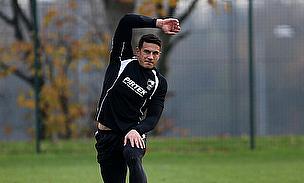 Sonny Bill Williams looks set to be a part of the New Zealand Sevens All Blacks team to contest the Rio 2016 Olympic Games.

SBW is a trophy hound who loves putting titles on his CV which already boasts a Rugby World Cup, NRL titles and heavyweight boxing title, but would this be the ultimate prize for SBW.

We don’t have a problem with SBW going for a gold medal in Rio 2016, assuming he gets selected fairly.

He would be awesome at rugby sevens and would raise the profile of the New Zealand Sevens team. We also think that once he has been part of another Rugby World Cup title bid by the All Blacks, he doesn’t have much else to add to his stacked CV apart from the ultimate prize for any athlete, an Olympic Games Gold medal.

SBW will be a menace at sevens and will struggle to get a regular start in the All Blacks, so we think he should aim for the New Zealand Sevens Team for Rio 2016, assuming he gets selected fair and square.

It will be interesting to see how many other high profile All Blacks we see in Rio 2016 at the expense of the New Zealand Sevens specialists.