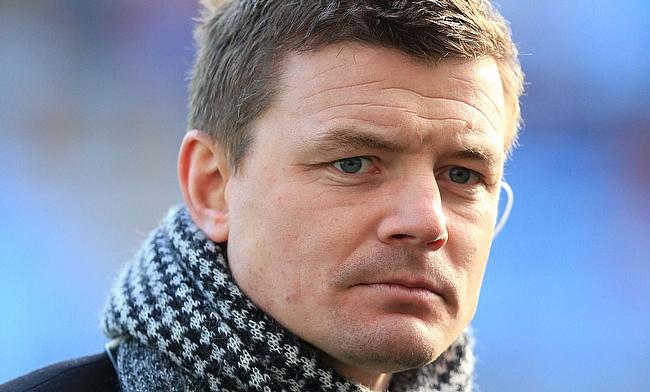 Former Ireland and British and Irish Lions captain O'Driscoll has tipped Sevens to one day sit alongside rugby's traditional format, and on an equal footing to boot.

Sevens will make its Olympic debut in the summer's Rio Games, and a new report highlighting rugby's future predicts rapid growth for the sport's short format incarnation in the next 10 years.

Banking giants HSBC and strategic planning consultancy The Futures Company have published The Future of Rugby, a report predicting the sport's global participation to double in the next decade.

"With the market and the eyes that will see Sevens for the first time because of the Olympics, the sport has the potential for exponential growth," O'Driscoll told Press Association Sport.

"Sevens should grow into new areas, places in Asia like China, to grow far more in the United States as well.

"It can grow alongside the 15s game, I don't think it will replace it, but I definitely think it has the scope to be as big as the 15s game is currently."

Women are also expected to account for 40 per cent of the world's active rugby players in 10 years' time.

O'Driscoll won 141 Test caps across 15 years with Ireland and the Lions, but despite his numerous accolades he now admits pangs of jealousy seeing current top stars chasing the Olympic dream.

O'Driscoll believes Sevens must still prove its global appeal in Rio before realising such lofty aims, but admitted to excitement at the notion of a fast-growing discipline that could offer rugby an equivalent to cricket's increasingly popular Twenty20 concept.

"I'm not a cricket connoisseur by any stretch but it's hard not to like Twenty20, it's exciting and fast," said O'Driscoll.

"It's exactly what Sevens rugby is delivering - it's fast, it's exciting and it creates a huge party atmosphere.

"I think there's definitely potential for that. We have to get by the first Olympics first though.

"I'm very excited about seeing rugby in the Olympics, but we have to just allow it to evolve afterwards."

Assimilating into Sevens' lung-busting fitness and tactical nuance have not proved plain sailing for the Test stars aiming to make the conversion, and O'Driscoll believes that only underscores the format's strength.

"The carrot of an Olympic gold later this year, that's luring a number of players from the 15s game," said O'Driscoll.

"Sonny Bill is unique in trying to cover every sport and medal going. So you wouldn't bet against him being in the mix with the All Blacks come August.

"Not all of those players coming from 15s have slotted in seamlessly. It's a different type of athlete, fitness and skill set and understanding of how the game works.

"Probably a lot of Sevens players have had a wry smile on their faces when they've seen some 15s players not having a seamless transition across.

"The big names aren't certainties within their national squads because of the quality of players who are already there. And that's a great thing too.

"The profile of players coming from 15s is brilliant. But it puts in perspective just how good these Sevens players are."