Say it in 7 - Essence of our message 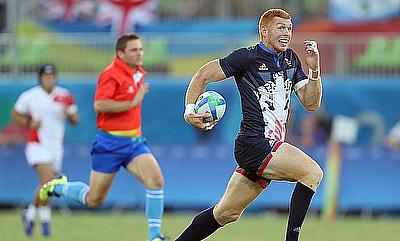 Morale in any sport is key to success. With good chemistry in a team, it makes achieving your main goal a lot easier.

In football, Leicester City may not have had the stars and the money other teams like Manchester City had, but a strong team unit allowed them to express themselves and gain glory against all the odds.

Last week, a similar thing occurred in South America and in Rugby 7s. After the success of Fiji this year and the strong performances from the likes of Australia, South Africa and New Zealand, Great Britain's men's side knew it would be tough to achieve a medal in Rio at the Olympic Games.

Before the tournament, former England captain Ollie Phillips spoke to TRU and suggested that a medal hope for Team GB may not be on the cards due to the lack of practice and understanding between the players. Great Britain met up for their Olympic preparation in May - three months before the competition began - while the other top nations had had all year to prepare for the grand finale to what has been a ground breaking season for the sport.

But despite the players having little game time together before they jetted 5,000 miles across to the world, Team GB showed that a winning habit and building chemistry within a team can go along way. Mark Bennett, James Davies and Marcus Watson have never been team-mates before, but these players along with the rest of Simon Amor's talented Team GB squad stuck to their principles, created understandings and in turn were able to express and show their qualities to achieve a silver medal.

Their quarter-final victory over New Zealand was a real team effort and to beat one off the favourites for gold showed how far the side had come. They then repeated that team unity and desire in their gutsy victory over South Africa in the semi-finals. Like with England's XV a-side team in Australia, every player in the GB side seemed to know their role and new clearly what needed to be done to win the game - every player was reading off the same page.

Say it in 7's Tim Baynes relates this to business and emphasises that the message and instructions need to be clear in everybody's mind as it is the essence of success:

The first thing we should consider is our message. Is it clear as to what we would like our customer to think and feel on hearing the message?

Consider then how important is one of our messages versus another message?

To prioritise your messages, consider which is the most important to the client and them put that in a predominant place in your story and keep repeating these messages. They are the essence of your success.

For more info on how to building compelling messages in your next presentation email Tim at tim@timbaynes.co.uk