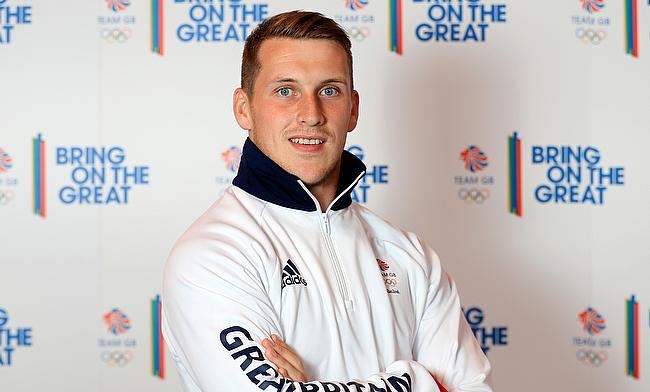 Scotland centre Mark Benett expressed satisfaction over his Olympics journey to Rio where he was part of the silver medal winning Great Britain sevens team.

After maintaining an unbeaten streak in the group stage which included victory over New Zealand, Great Britain edged out Argentina and South Africa in the quarter-final and the semi-final respectively to reach the final. However, they succumbed to a 43-7 defeat in the final when they faced a rampaging Fiji side.

Reflecting on his journey in Rio, the 23-year-old admitted, finishing runners-up in the tournament will be one of his top most achievement in his career.

"The day after we'd won it I did an interview on TV and one of my friends took a picture of it. Underneath me it said 'Mark Bennett, Silver Medallist'.I read it and thought to myself, 'That's pretty cool'.

"The number of messages I've had from everyone has been mental. The support has been great.

"This has to be one of my career highlights and is something that'll live long in the memory.

"There's plenty of time to try and eclipse it still which is exciting.

"I'm not going to lie I've had to take the medal off a few times as it's very heavy. That sounds ridiculous but it gets sore on your neck after a while.

"The day after we won we were doing some media interviews and as soon as anyone got a glimpse of the medal they were asking for a picture of it. They weren't interested in us they just wanted to see the medal itself. That was when I realised just how important they are.

"It'll be a nice thing to do to show it off if people want to see it once I'm back."

Recalling the atmosphere in and around Deodoro Stadium, Bennett admitted the Great Britain side had mixed response from the public in the tournament.

"The atmosphere at the stadium itself was incredible even though it wasn't full," he explained. "More often than not everyone was cheering against us which was quite good fun. We managed to build our own atmosphere off the back of that, with the aim of silencing them.

"The support we got in the village was brilliant as well. After our games when we were walking around everyone in Team GB kit would come up and say 'Well done lads, you really deserved that'. The amount of support we've had in here has been overwhelming.

"We've seen Usain Bolt and he was getting absolutely hounded for selfies. I felt a bit sorry for him as he was just trying to have his dinner. He couldn't get a minute of peace to eat. It's been great fun."

Bennett was pleased to see his former Glasgow Warriors team-mate Nakarawa achieving success in the tournament.

"There's nothing you can do to stop Leone when he gets going. I tried to get one tackle on him and he got a big fend on me while throwing the ball away to a team-mate.

"I'm delighted for him that he won gold as they thoroughly deserved it. I saw him afterwards and we swapped shirts which was nice."