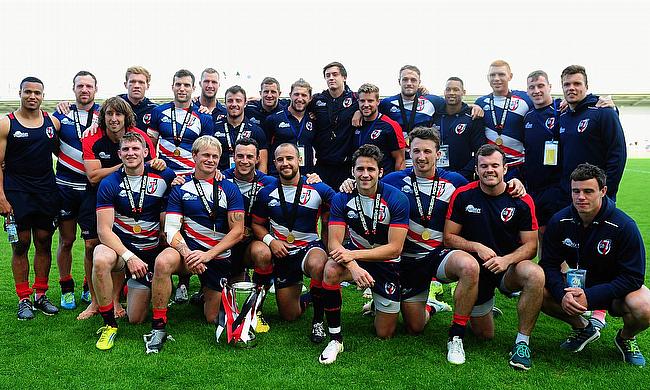 This will be first time in 108 years Team GB's rugby team will be part of the Olympics.
©GB Sevens

The British Olympic Association on Tuesday has announced the GB Sevens squad of the men's and women's teams that will be competing in the upcoming Olympics.

Tom Mitchell, who captained GB Lions will lead the 12-man squad in the men's competition that will also contain James Rodwell and Dan Norton.

In the recently concluded HSBC World Rugby Sevens Series, Rodwell set a world record for the most consecutive games played while Norton is among the top four points scorer in the history of the tournament. Marcus Watson and James Davies, brothers of England's Anthony and Wales' Jonathan respectively are also part of the squad.

Earlier, the 27-man preliminary training squad was split into GB Lions and GB Sevens and were involved in intense training under head coach Simon Armor over the last six weeks.

2014 Women's World Cup winner Emily Scarratt will lead the women's squad of GB Sevens and will be accompanied by Jasmin Joyce from Wales, who is the only non-English player in the squad.

The women's squad has been training since October last year and managed to win the Langford leg of the HSBC Women's Seven Series defeating New Zealand 31-14 in the final.

This will be the first time in 92 years, rugby will be part of the Olympics and the sevens format will be making its debut in the showpiece event. Also this will be Team GB's first appearance in rugby in 108 years at the Olympics.

The Men's competition will be played between 9th and 11th August while the Women's competition, which is also a three-day event starts from 6th August.