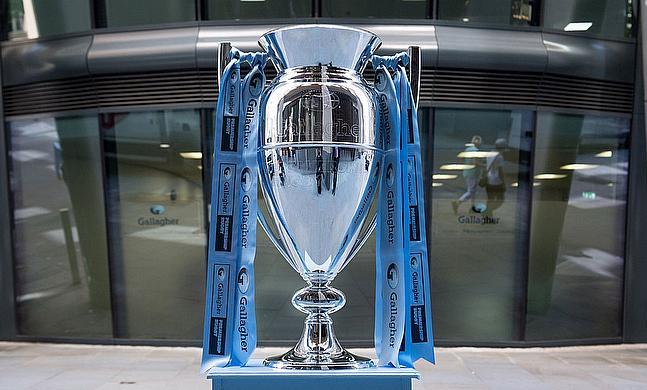 The race to be in with a chance of making the playoffs is drawing to a close, and with only three rounds left of Gallagher Premiership action and there is only a nine-point gap separating first place Leicester Tigers and Harlequins in third.

It cannot be doubted that the Leicester Tigers are looking to snatch the top spot with a four-point gap between them and the side currently second position, Saracens.

Both sides have already secured a place in the semi-finals, but Tigers will need to ensure that they get back to winning ways after their devastating 26-20 loss they sustained against third place Harlequins last time out.

Their next fixture is set to be on the 30th of April against the Bristol Bears, who haven’t had the best of seasons and sit at tenth with just 42 points.

It can be assumed that the Leicester Tigers will be confident going into this game even though they have just come back from a defeat, they still have the best record in the league so far with 17 wins and only four losses.

The last time these two teams met Leicester, Tigers were also able to come out with a win although it was a close game at Mattioli Woods Welford Road, the final score being 28-26 in favour of Leicester.

Even though currently second the Saracens are also in with a shout to steal the top spot with only four points behind Leicester Tigers, they were also able to get the better of the Tigers in their most recent encounter.

The first one ended in a narrow 13-12 defeat for Saracens; but in their most recent encounter they were able to come out with a confident 34-27 win.

Saracens will also be gleaming with confidence after a confident 38-22 win at home against Exeter Chiefs; even though they were 15-10 down at half time.

Their next fixture is set to take place this weekend against Worcester Warriors who have only been able to win five games this season out of the 22 they have played.

They currently sit at 12th with only one point to separate them from bottom of the ladder, Bath. Saracens have currently played 21 games in the league and were able to pick up 15 wins, one draw and only five losses, which is the second-best record in the competition.

There are nine points currently separating Harlequins who sit at third and Northampton Saints who are fourth. Exeter are next at fifth on 62 points; just one behind Northampton Saints, although Exeter have played one more game than everyone above them.

They will be up for this bout after the win against current league leaders, Leicester Tigers last weekend. This will no doubt help the players beliefs going into the next game and hopefully help drive the team up the table.

Northampton Saints have also picked up a comeback win against Bath who they beat 36-31. Receiving a scare in the first half as Bath held a 17-7 lead over them going into the break, Saints were able to pull the game back in the second half which in turn saw them win the game 36-31.

Harlequins have won 14 out of their 21 league games whereas Northampton Saints have only won 12, they also have nine league defeats, where Harlequins only have seven.

Northampton will see this game as a must-win in order to gain points to ensure their play-off dreams are kept alive as Exeter, Gloucester, London Irish, Wasps and Sale Sharks are all within seven points of them.

As the playoff’s draw closer, we are now left to wonder which four clubs will be able to make it and what club will be able to stake their claim to lift the Premiership trophy at Twickenham in late-June.

Leicester Tigers and Saracens have already put their names in the hat, and Harlequins also look to be safe as over 10 points separate third from fourth. But with only around a seven-point gap between fourth and ninth, the race for the last playoff spot could come down to the wire.