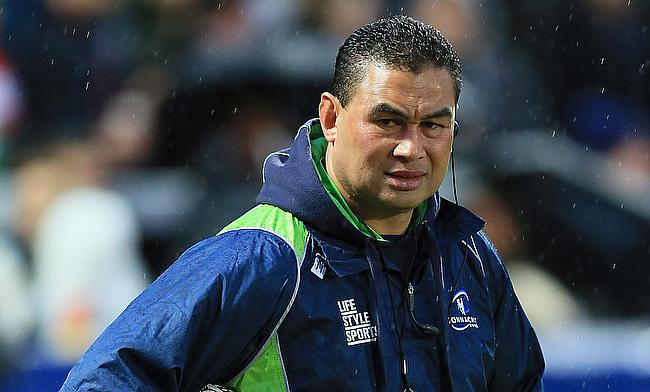 Connacht head coach Pat Lam is all set to join Aviva Premiership club Bristol next season on a three-year contract.

Lam had a successful stint with Connacht leading them to their maiden Pro 12 title last season but with his contract with the Galway based club about to expire this season, he has decided to switch to English Premiership.

The news was confirmed by Bristol, who are also seeking a suitable replacement for Andy Robinson as rugby director to work alongside Lam.

Mark Tainton was appointed as the interim coach of the club following Robinson's exit and he is likely to continue till June until Lam takes over.

Currently, Bristol are in danger of relegation and are yet to win a game this season in the Aviva Premiership as well as the European competition but Lam wants to devise a long term strategy for the club.

"I'm committed to Bristol irrespective as to what happens in the short term," said Lam, unfazed by the prospect of coaching his new club in England's Championship.

"Everything is in place for the club to be a force in the future and I'm honoured to be invited to join the journey.

"I'm excited about the opportunity to coach and lead Bristol Rugby - a proud club with history, tradition and a bright future ahead.

"This has been one of the most difficult decisions I've had to make in my life as Connacht and Galway is such a special for myself and my family."

Former England coach Robinson joined Bristol in 2013 and during his stint the club managed to gain promotion to the Aviva Premiership after victory in the two-legged final against Doncaster Knights last season but the poor run of former saw the 52-year-old sacked from the role in November.

Bristol chairman Chris Booy welcomed Lam's appointment and is confident of the former Samoa and Scotland coach's ability to make the Ashton Gate club a dominant Premiership club in the coming years.

Booy also stated that Lam's wife was even more eager to know about Bristol's long-term plan even before the former number eight confirmed his association with the club.

"Pat has been our number one target almost from the beginning, so we are very impressed that we have got him over the line," said Booy.

"We're very pleased to appoint an individual of his quality. The board has been patient in our approach to ensure we have the right man to take this club forward in the long term.

"Pat has transformed a Connacht team into PRO12 champions and we believe he can build a squad, a culture and an environment that can be successful in the Aviva Premiership.

"We've even been interviewed by his wife, which is a new experience for me, but I was obviously successful.

"Pat is very much a family man, and we like to see ourselves as a family club, and he has created that 'follow me' culture at Connacht."

Admitting the club is on the look out for the new rugby director, Booy also confirmed that they have not contacted former England coach Stuart Lancaster for the role as indicated by reports.

"We like that approach to let the head coach concentrate on the team coaching and take away as much of the administration and recruitment of players.

"We have just started to think of that process; we are not in a rush to do that. And in response to the Stuart Lancaster rumours, I can assure you that we have not spoken Stuart Lancaster so we are a long way away from making an appointment."

May double sets up Leicester's 31-18 win over Bristol Bears