Strong second half performance seal 26-18 for Gloucester over Bristol 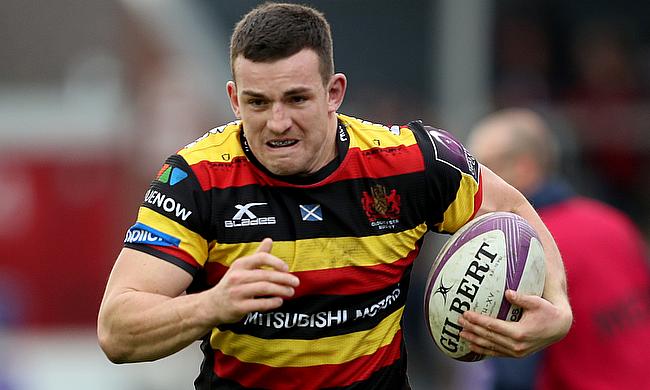 Matt Scott was among the try scorers for Gloucester
©PA

Gloucester Rugby came up with a four-try performance in the second half as they defeated Bristol Rugby 26-18 in their Aviva Premiership clash at Kingsholm on Saturday.

The first half did not see much of action as a double penalty from fullback Jason Woodward helped Bristol secure a six-point lead at half time.

Bristol also had a chance to score their first try in the game at the stroke of the half time but Jordan Crane's effort was halted by Gloucester.

The first 10 minute of the second half completely belonged to Gloucester with centre Matt Scott and scrum half Willi Heinz strolling past the post while a double conversion from fullback James Hook helped the home team bounce back with an eight point lead.

Bristol problems further compounded when replacement Jamal Ford Robinson was sin-binned in the 56th minute and a penalty try was awarded to Gloucester, who stretched the lead to 15 points.

The bonus point came for Gloucester when wing Henry Purdy crossed over in the 68th minute to score the fourth try enabling a 20-point lead.

Even though Jack Wallace and Luke Arscott scored two tries in the final two minutes for Bristol, they succumbed to an eight-point defeat.

Gloucester rugby director David Humphreys was pleased with the fightback shown by the team in the second half of the game.

"The first half was not as good as we would like and that was credit to the way Bristol played and what they brought to the game. But we knew we were better than that first-half performance. We then did the basics much better, created field position and took the opportunities that came our way.

"To a large part, the league table is an irrelevance at this time of the season. For us, it never frames how we approach the week. We are conscious that Bristol are a team who are striving hard to move up the table and they were desperate coming into the game.

"The mark of a very good team is that every week they are desperate to win and I thought, despite a disappointing first half, we came out in the second half and showed that desperation for 26 minutes."