Wales international Taulupe Faletau to feature for Bath against Bristol 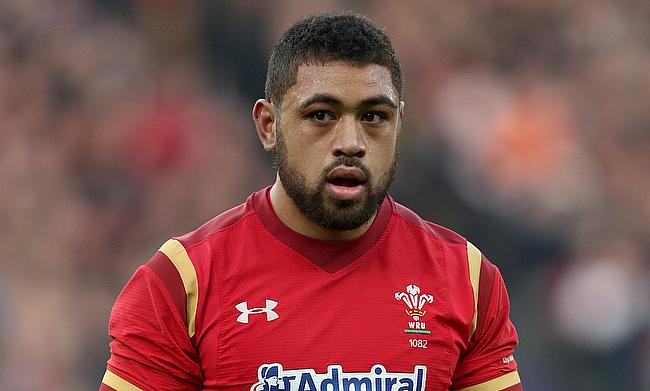 Wales back-row Taulupe Faletau is set to make his first appearance since September after he was named in the starting XV for Bath in their upcoming Aviva Premiership clash against Bristol at Recreation Ground.

The 26-year-old has remained on the sidelines ever since he sustained a knee injury on his debut game against Northampton Saints and was released from the Wales squad for the autumn internationals to allow him to train with Bath and gain match fitness.

This also puts him into contention for Wales' clash against Springboks on 26th November in Cardiff.

Bath, who are currently on third with 26 points from seven games, have a chance to go to the top of the table, if they manage to beat Bristol on Friday and their chances will be boosted by the return of Max Clark at outside centre following an injury lay-off.

Meanwhile, centre Ben Tapuai, who switched to Bath from Super Rugby club Western Force has been named on the bench.

Bath director of rugby Todd Blackadder said: "I t is great to have Taulupe Faletau and Max Clark back amongst the mix.

"We have actually had a bit of a selection headache this week, which was an interesting change for us.

"We have got to pick ourselves back up after the disappointing start to the Anglo-Welsh Cup campaign and get back on the horse for this next block of crucial Aviva Premiership games.

"We know how much this game means to our supporters, and we are going to do all we can to make sure they leave the Rec with a smile on their face tomorrow night."

Meanwhile, Bristol will be heading into Friday's game after registering their first win of the season last weekend against Sale Sharks in Anglo-Welsh Cup. This will also be their first Aviva Premiership game without Andy Robinson.

Interim head coach Mark Tainton is confident of his team's chances against Bath.

"The guys are in positive spirits following last weekend's victory, but we have to back that up with a performance against Bath in the Premiership," he said.

"These are the sort of games that players relish; a local derby in front of a full house and live, so it will be a fantastic atmosphere."