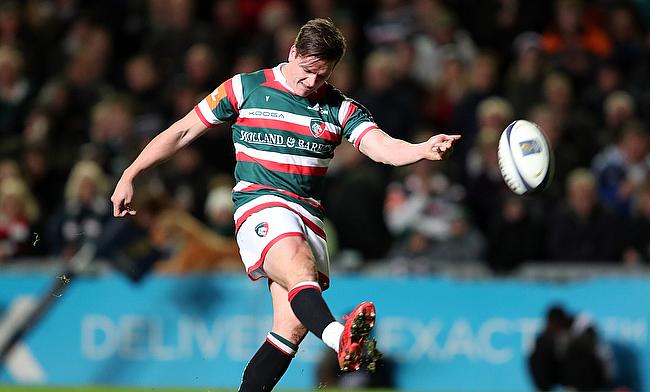 A second half spirited performance from Bristol wasn't enough as they succumbed to their ninth consecutive defeat in this Aviva Premiership in the clash against Leicester Tigers at Ashton Gate on Friday.

Bristol fly-half Billy Searle and his counterpart Freddie Burns exchanged two penalties each in the first 31 minutes as the scores were levelled 6-6.

Just when Bristol was reduced to 14 men temporarily with the sin-bin of Ian Evans in the 35th minute, wing Adam Thompstone scored the first try in the game to help Leicester Tigers to a five-point lead at half time.

Prop Ellis Genge extended Bristol's advantage in the second half when he strolled across the post in the 47th minute while Burns kicked a conversion and a penalty to take the lead to 15 points. The penalty came after Bristol's Jason Woodward was yellow-carded.

The visitors had their own errors when replacement Lachlan McCaffrey was sin-binned for an infringement and Bristol capitalised on it with replacement Rob Hawkins touching down a minute later.

Replacement fly-half Adrian Jarvis kept Bristol in the hunt with a conversion and a penalty in the 76th minute but they eventually fell short by five points.

The game also saw Manu Tuilagi making a comeback from the bench in the 60th minute.

The win has taken Leicester Tigers to fourth place in the table while Bristol continue to be at the bottom of the table.

Bristol head coach Mark Tainton was proud of his players' performance despite the result not going their way.

"I'm very proud of the way the players performed.

"I'm delighted with they way we finished the game, to have the character to go back up the field and win a penalty to get a losing bonus point.

"Obviously it's not the result we wanted, we wanted a win, but we've got to take a point away from this game and be happy."

Zack Henry: ‘Outrageous Leicester opportunity’ to good to turn down