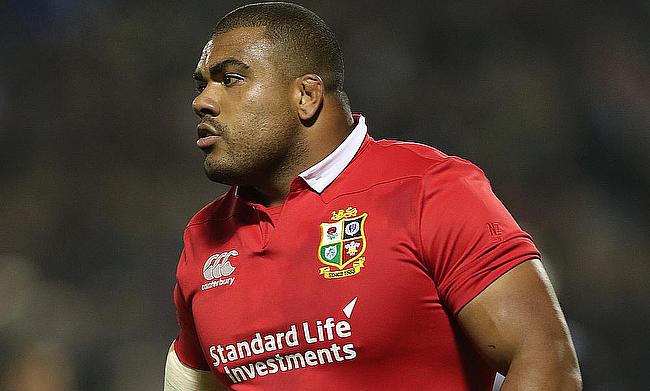 Pat Lam admits he is excited by the challenge of a ‘difficult’ 14-day period for Bristol Bears as his side target domestic and European success.

This evening, the Bears face Northampton Saints as they bid to further cement their place in the top four before travelling to fellow play-off hopefuls Wasps on Sunday.

Bristol then resume their European Challenge Cup campaign against the Dragons a week on Friday and their busy period concludes by hosting Leicester Tigers in another Premiership midweek clash.

“It [the schedule] makes it difficult, but that’s not the way we look at it,” said the Bristol Director of Rugby.

Another convincing win for this very impressive @BristolBears side ??

Who's backing them to top off a superb season with European glory and the #ChallengeCupRugby title? ?? https://t.co/lVinmTYHKL

“All we know is that we have a different thing that we have to cope with, but the only thing that affects our chances is the way we play. If we want to get there, we have got to play well. It’s a harder challenge, but it is also an exciting one.

“They [European Professional Club Rugby] said we have to play on that Friday. They really wanted us to kick-off Europe and to be fair to them, they weren’t too concerned with the Premiership so we just got the short straw. We would’ve preferred that to be different, but it is what it is. I’d rather be playing quarter-final rugby even if it is five days later than having no European rugby.”

The Bears have already come through an intense block of matches since the Premiership’s restart, which has required Lam to rotate and monitor the game time of his players.

For tonight’s visit of Northampton, Lam has made several changes from the side that defeated Worcester with Piers O’Conor and Alapati Leiua coming into the starting XV whilst his team also includes the likes of Kyle Sinckler, Semi Radradra and Charles Piutau.

“We are the only team to have it in this block because of Europe putting us on the Friday. Most of the teams get these games out of the way and then they can have a break. I think I just got an email from PRL wondering which players we have got to give a break to!

“That is our challenge and my selection process is based on that. We look at where the niggles are and balance that with the fresh guys and we come up with the best possible team. After we play this game, we go through that same process keeping in mind we only have a four day turnaround to Wasps and a five day turnaround to our quarter-final.

“If we win that, we will be into another game the following weekend so we decided to go midweek against Leicester and then London Irish so we have to finish our two games in the space of four days. That is the challenge we have got and we will embrace that.”

Lam revealed that two of his players who will need breaks after this evening’s meeting with Northampton are Ben Earl and Andy Uren, but Bristol will also be without Siale Piutau for three matches.

The centre received a ban after fighting with Worcester’s Andrew Kitchener when the two sides met last Friday.

The Bristol boss did not comment directly on the situation when he addressed the media on Monday – which was before the disciplinary hearing – but Lam did admit he was ‘shocked’ by the fact that no action was taken following a swinging-arm challenge on Semi Radradra.

Worcester’s full-back Melani Nanai was penalised for a high tackle on the Fijian star, but has not received any further punishment.

“If he feels that Siale Piutau defending himself with two guys coming at him is a red card and the Semi Radradra one with a swinging arm and full contact to the face is not, we can’t do anything about it. We just have to let it go and move on.”

Even in the absence of Piutau, Lam’s side for tonight’s clash with Northampton is still very strong as the Bears head into a season-defining two weeks.

Victories against the Saints, who are all but out of the top four race, and Wasps would leave Bristol in an extremely healthy position to qualify for the play-offs and after bouncing back against Worcester following successive defeats, Lam’s men are now entering the home straight.

He added: “There is no doubt that after this midweek that the [gap between the top four and the rest of the league] will potentially open further. It is exciting. There are four games to go. This isn’t a normal September. This is April/May. This is end of season stuff so every game is important, every performance is important and every table point is important.”