Pat Lam on a 'big week' in the Premiership 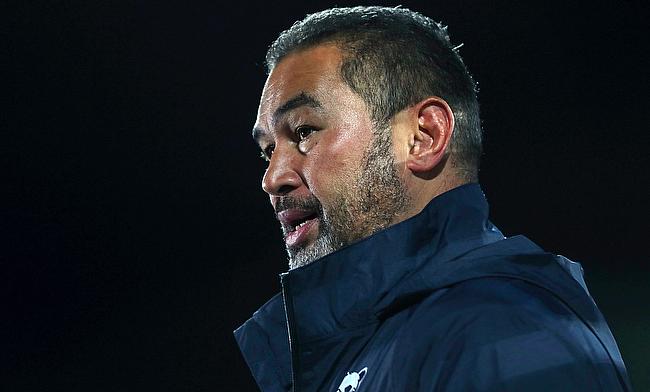 After their win over Gloucester at the weekend, Bristol’s home game against Exeter is now a battle of first against second.

The bonus point win at Kingsholm was yet another feather in the cap of Pat Lam’s side and makes their chances of a home semi-final all the more likely. Like Bristol, Exeter have won each of their two games since returning to play, consolidating their position at the head of the Premiership table.

In Exeter, Lam is coming up against one of the divisions most dominant sides and a Director of Rugby in Rob Baxter who has been with the club since the start of their journey in the Premiership. In some ways, Lam’s Bristol are hoping to recreate what Baxter has developed down the M5.

Paramount in this journey is the establishment of a strong team culture, similarly to what we have seen at Exeter and at recently relegated Saracens. In their second season after being promoted from the Championship, Bristol's Director of Rugby says that a key to this ethos is a clear understanding of roles within the squad.

“They’re (Exeter) going well, but that is what you expect from a team that is well established. They are a team that has clarity in what they are doing,” Lam said. “They are the sort of team, that I have said many times with Rob (Baxter) and Mark (McCall) with Saracens, they have led the way because they have absolute clarity in the way they want to play and that’s what we aspire to.

“Not necessarily the way we play the game, but certainly as far as clarity, our culture, being clear on what we are about. The boys who play for Exeter and the people involved with Exeter, have absolute purpose about that, same with the guys at Saracens and that’s what we are growing with the Bears; that when you are part of the Bears, we have all got clarity on our vision and what we need to do and, more importantly, how you play your part and what value you can add to us as an organisation whether you are a player or whether you are a staff member.”

After last weekend's win, Lam has made nine changes to his starting line-up, with players rotated out due to the nature of midweek fixtures. Inside centre Piers O’Conor returns to the side following injury, while Charles Piutau and Luke Morahan return to the first XV after being rested last weekend.

The visitors to Ashton Gate make 14 changes, with only wing Olly Woodburn retaining his place in the side after Exeter's convincing victories against Leicester Tigers and Sale Sharks. Josh Hodge comes into the side to replace Stuart Hogg, whilst Sam Higaldo-Clyne also makes his Chiefs debut.

Both sides remain strong, Lam not putting too much stock in widespread changes required by the fixture pile-up.

“When you are playing Exeter Chiefs, You are playing a culture, a style of rugby,” Lam said. “That’s the way you look at it. At the moment, you look at individuals, you come unstuck and you start playing as individuals. To me, it is Exeter versus the Bears and the group that go out to represent both teams have a challenge on their hands to try and get the win.”

It is a week full of top drawer fixtures. Not only are first playing second, Wasps are hoping to consolidate their position in the top four against a Sale side needing a win to restore any chance of them getting a semi-final spot whilst Northampton have a visit from Bath, who also could be in line for a top four berth.

This coming weekend, Bristol are on their way to Sale as Bath play host to Wasps. Results could have a large bearing on how the table might look after the 22nd round.

“It sets up nicely for this week,” Lam said. “But as you have seen, what happens after it, there is still a lot of rugby to go. Certainly it is a big week for the winners, if you can win these games but then, four days later, we are all going at it again. At the very beginning we all acknowledged that whatever the top four, the way it is set up, it is like a Formula 1 race.

“In the pole positions, one, two, three, four, as we know in those races, the cars in one to four have a better chance of finishing the race and winning, but it doesn’t guarantee that people will overtake you if you are not on the money, if everything is not right. It is a big round because of that, an exciting round because of it, but there is still a lot of rugby still to go.”