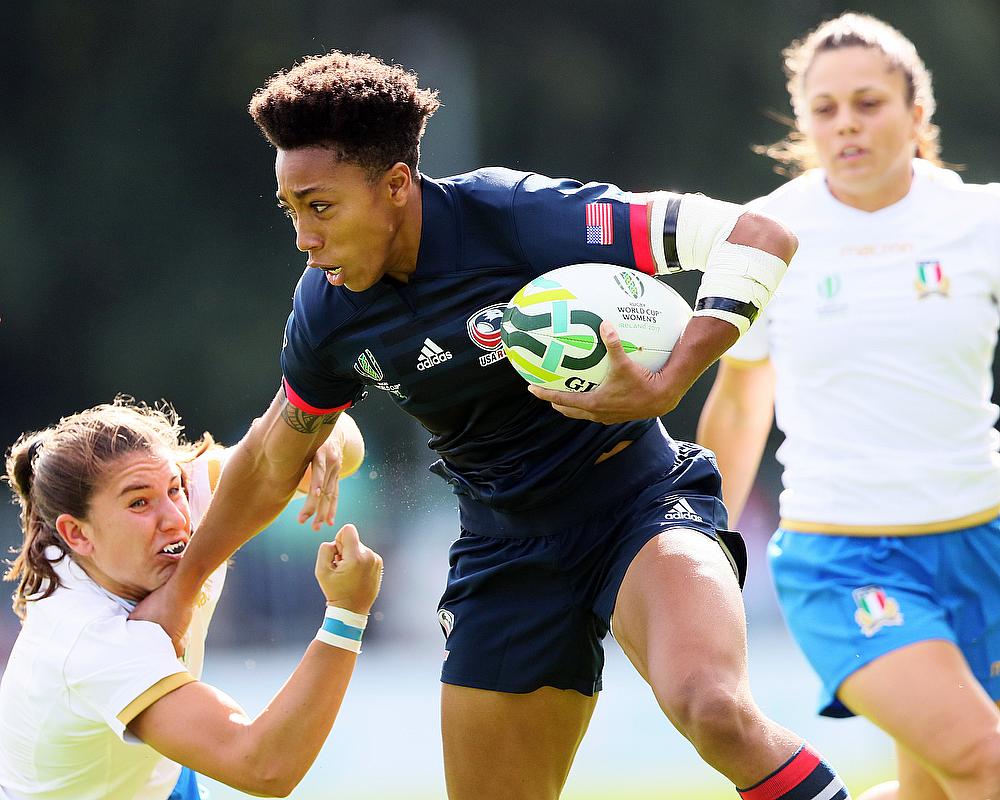 Kris Thomas touched down twice for the USA against Italy 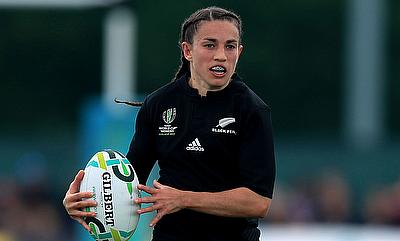 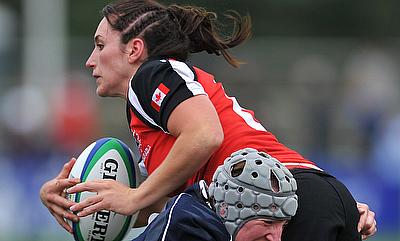 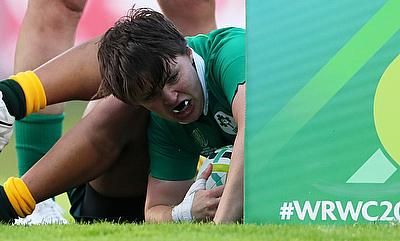 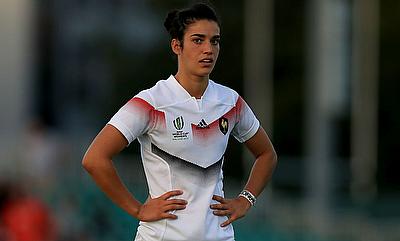 The opening day of Women's World Cup at UCD Bowl in Dublin on Wednesday saw Canada, England and France top the respective pools.

England's Kay Wilson scored a total of four tries as the defending champions over powered their opponents Spain on the opening with a total of 10 touchdowns as they completed a 56-5 win to top Pool B while USA riding on a double from Kris Thomas were too strong for Italy, who succumbed to a 24-12 defeat. USA's win saw them occupy the second position in the table.

The biggest win of the opening day came from Canada, who blanked Hong Kong with a 98-0 margin to claim top position in Pool A. Magali Harvey scored five tries for them while skipper Kelly Russell crossed over three times as they started their campaign with a lot of confidence.

An eight try performance from Black Ferns, saw them defeat Wales by 44-12 with full-back Selica Winiata scoring a hat-trick and wing Renee Wickliffe ran in two. They now take the second position in Pool A behind Canada.

The closest game of the tournament, though, was between Ireland and Australia which saw the hosts register a thrilling 19-17 win. Ireland, who had a slender 7-5 lead at half time lost control when Shannon Parry crossed for Australia but tries from replacements Ciara Griffin and Sophie Spence proved enough as they overcame a late try from Hilisha Samoa to get them off to winning start.

The top position in Pool C, though, belonged to France as they completed a 72-14 win over Japan riding on a hat-trick from Caroline Ladagnous.

Results of Day One: