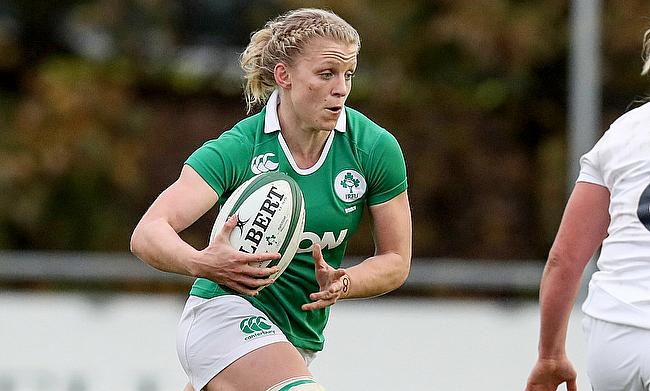 The decision comes after regular skipper Niamh Briggs was ruled out of the tournament with an ankle strain.

Molloy, who has been capped for Ireland 53 times also featured in the 2010 and 2014 World Cups and has previously led the team in the 2013 Sevens World Cup in Russia.

The 29-year-old is looking forward to the challenge as Ireland look to put up an impressive show in front of the home crowd.

"I'm incredibly humbled to be given the opportunity to captain my country, it's a massive honour to be selected to lead the team in a World Cup on home soil," said Molloy.

"I'm fortunate that I'll be surrounded by players with great experience, and I'm just really looking forward to pulling on the green jersey and running out with my team-mates."

"Claire is one of the most experienced players in the squad, and having competed at two previous World Cups, she's very much aware of the challenges that lie ahead," said Tierney.

"She has been one of the most out-standing performers for Ireland over the past number of seasons and has demonstrated her durability and consistency over the course of these campaigns.

"Since we began our World Cup preparations she has shown great leadership qualities and she thoroughly deserves the captaincy."

Ireland's campaign in the Women's World Cup will begin with a clash against Australia on 9th August at the UCD Bowl.