Players to watch out in Women's World Cup 2017 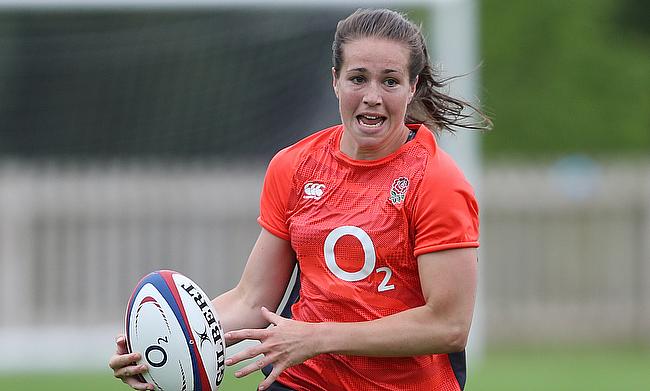 As the Women's Rugby World Cup 2017 gets underway at UCD Bowl in Dublin on Wednesday, we take a look at five key players, who might create impact in the tournament.

A mainstay of the England team since she burst on to the Test scene nine years ago, centre Scarratt is a proven match-winner, which was perfectly illustrated during the 2014 World Cup final against Canada when she scored 16 points to steer her team home. Scarratt also captained Great Britain's sevens squad at the Rio Olympics last year, and if she hits top form then England will benefit hugely.

Not only is Molloy a key player for host nation Ireland, she has been thrust further into the spotlight by taking over from injured star player Niamh Briggs as captain just a week ago. A qualified doctor who studied medicine at Cardiff University, 29-year-old flanker Molloy offers considerable experience of the Test match arena and will be integral to Irish hopes of making an impact on the tournament's latter stages.

Speed merchant Woodman is among the most devastating and prolific finishers in women's rugby. She was part of New Zealand's silver medal-winning sevens squad at the Rio Olympics, while her form in the 15-a-side code has proved equally impressive. The 26-year-old's father, Kawhena, and uncle, Fred, were 1980s All Blacks, and Woodman is now maintaining that proud family tradition of performing at her sport's highest level.

France could emerge on the rails as contenders to lift the World Cup, and key to those hopes will be back-row forward N'Diaye. She starred at the World Cup on home soil three years ago and she has maintained that form in the Six Nations arena. A strong runner, who has the ball-handing skills of an outside back, the 29-year-old will be at the forefront of France's challenge.

Canada's goalkicking wing is back for more, having played a key role in her team's march to the 2014 World Cup final. Harvey made such an impact on that tournament, she was named women's world player of the year just a few months later and remains the only Canadian player to achieve that honour. Like France, Canada are fancied by many over the next couple of weeks, with Harvey essential to any trophy-winning hopes.