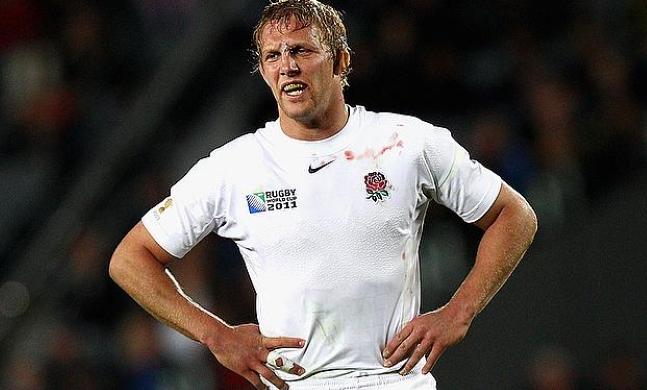 Lewis Moody ended his career as a Bath player
©PA

For the majority of his career, Lewis Moody wore green, white and red. As a Leicester Tigers player, Moody became accustomed to the nature of the East Midlands derby, the cut and thrust of playing against Northampton.

Joining Bath as a 32-year-old, it wasn’t until his first foray into the cauldron of a Gloucester vs Bath game, that Moody understood what a rivalry was. His first taste of that fixture was a far from happy one.

Bath ultimately lost at The Rec that afternoon, only able to muster three points through Olly Barkley. But that loss was only part of the pain that October day a decade ago. When chasing a kick through from Gloucester wing Charlie Sharples, Moody managed to damage his eye, causing permanent damage and temporarily blinding him.

“When you come down here, you get a real feel for the tribal nature and, I’m going to say hatred in the best possible sense,” Moody said. “It is almost the flash of Bath against the bang of Gloucester. Certainly, historically I think it would have been portrayed that way. The posh kids against the stat school kids almost. It has that feel to it.

“I remember having the feeling that my manhood was genuinely being put into question and I went out in the first defensive set in the second half and ended up charging Charlie Sharples’ kick and he kicked my arm, which went straight into my eye socket and temporarily blinded me. I ended up coming off the wrong side of the punishment I was trying to dish out.

“The doctor was like; mate, you’re going to have to come off, you can’t see out of your eye. What was going through my head at the time was that Barrie McDermott, who played for Leeds, he lost his eye as a kid and I was thinking that if he could play his entire career, I could surely get through 40 minutes of a game with one eye.

“The impact of the game on me and having my manhood questioned by the coaches, that we weren’t up for it, or we weren’t prepared to do enough. It suddenly made me realise that the intensity and the passion and the desire that this game holds for the Gloucester and Bath faithful in the West Country.”

Since returning to play, Bath have been one of the form sides in the Premiership. Having won six of their games and are in hot contention for a playoff spot, Stuart Hooper’s players have come back with a much different style of play to what many expect of Bath.

Their pack have been amongst the tries most, the likes of Lewis Boyce, Tom Dunn and Beno Obano regularly amongst the scorers. It is a significant change for those supporting the side, with the backs traditionally favoured by those watching from the stands at The Rec.

“When I first moved to Bath, the emphasis from not only the players, but the fans was on playing really attractive rugby,” Moody said. “Harking back to the 80s and early 90s where you had Guscott, Stuart Barnes, Richard Hill, your flying wingers all over the place, a backline that could score at will from anywhere.

“They hark back to that time a lot and saw how successful that side were, but forget the reason they were able to be so successful and Stuart Barnes could create for Mike Catt and Jeremy Guscott and Ieuan Evans, was that they had this really brutally nasty forward pack who gave the opposition absolutely no ball and, when they didn’t have the ball, wanted to go get it.

“I think that is what Bath forget for a decade. Maybe longer. They focussed on just trying to play the ball and trying to run the ball out of any position. They have recognised that, and they have tried to build a forward pack that is dominant, and they are very nearly there at thee moment. They have got really good strength and depth across the board, particularly in the forwards.

“All of a sudden, this Bath side have built a pack of forwards that are niggly, hard running, hardworking, able to play when they have the ball ad create wonderful chances for their scintillating backline to go out and cause havoc.”

This evening will see 1000 filing into The Rec. Fans would not have been able to visit the ground for some six months by that point and will be no doubt looking forward to seeing their team in the flesh once more.

Wins against Gloucester and then Saracens would ensure a spot in the knockouts, for the first time since the club reached the final in 2015. Believing that Bath now have plenty of depth to compete regularly, Moody feels as though the side have never had as much competition amongst the squad.

“For me, it just comes down to competition for places,” Moody said. “You look at the amount of talent that they have there now, you might not have said that a season or two ago because we didn’t know those names. They hadn’t been given the opportunities that maybe they deserved.

“I think one of the masterstrokes that Stuart Hooper and Neal Hatley have delivered over this season has been to give younger guys the opportunity to drive those standards in training, to create competition for places. They believe when they perform, they have the right to hold on to that jersey.

“All of a sudden you see these guys like Miles Reid or Tom Ellis and others coming through, looking like the next best thing. It is exciting. I know what it was like when I was coming through, if someone empowers you to feel like you genuinely go out, play well and hold onto your jersey, that creates and instils an inner belief.

“That belief then creeps into the rest of the team and all of a sudden you see the confidence of the entire side grow and then you add to that.”