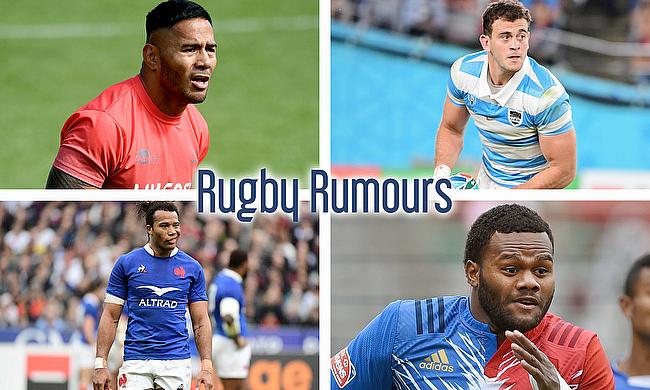 England international Manu Tuilagi has had a fairly impactful start to his Premiership experience in the North West with Sale Sharks on his short-term contract.

Unfortunately for Sale, they are looking less and less likely to keep his services in the 21/22 season as Top 14 sides Racing 92 and Montpellier circle closer.

Simon Zebo has been in the Top 14 since 2018 with 26 starts and 16 tries to his name, but Racing are looking to recruit a youthful replacement.

They are supposedly homing in on the services of 25 year-old Argentinian international Emiliano Boffelli who was previously with the Jaguares in Super Rugby.

Reports in France suggest that international winger Teddy Thomas is being chased by Premiership side Harlequins for the coming 21/22 season.

The 21 year-old would undoubtedly be the high profile winger they look for to fill the shoes of Vereniki Goneva and Gabriel Ibitoye at the Twickenham Stoop.

Gloucester are hunting a margue signing for the new season, and they have French international centre Virimi Vakatawa firmly in their sights.

The 28 year-old seems to be a Premiership favourite with Bath Rugby, Northampton Saints and Sale Sharks also keen to invest in a future with Vakatawa.