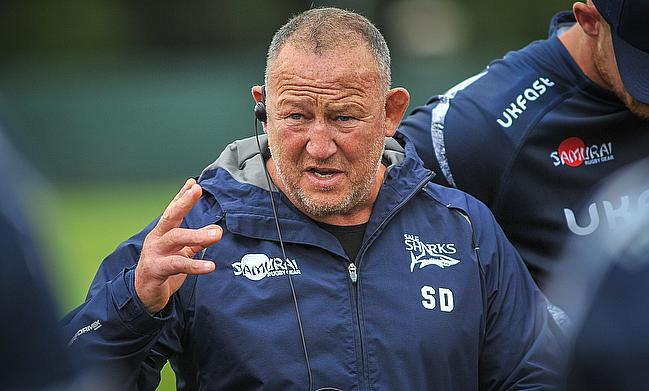 It has been six months since the Premiership Rugby Cup Final was due to take place.

Back in March, in the middle of cancelled fixtures across the sporting world, this final was the only game set to kick-off.

Until a member of staff from one of the teams developed symptoms of Covid-19, the stage was all set for a grandstand finish to the competition that launched the 2019/20 season. From that point onwards, players from both Sale Sharks and Harlequins have been left to stew, knowing that at some stage the final would be played.

But now, Monday night offers each side the opportunity to lift some silverware. Sale are still very much in the hunt for the Premiership title, currently sat fourth in the league table, joint on points with Bristol Bears and six months ago, you probably would have backed the Sharks to win, hands down.

With two rounds to play in the Premiership, Sale have the chance to further their domestic chances as two wins could potentially drag them to second place and a home semi-final. With games against Northampton Saints and Worcester coming up, Sharks Director of Rugby Steve Diamond believes that a victory against Harlequins can provide a good platform as the league season draws to a conclusion.

“We, like Bristol, like Wasps, like Bath, have all got two big games,” Diamond said. “I reckon all of those four sides could win all them games and it is going to come down to who wins them, by what margin, etc, etc. For me, it gives us good preparation.

“The one thing we are not; we are not complacent. We didn’t play particularly well in certain areas against Bath, but s*** happens and there is no point dwelling on it. You have got to get back on the horse and the lads have had three days off. They have had a nice little get together themselves to have a chat about things and they have turned up and trained well.

“I have got a meeting with them and I will be expressing that it is a fantastic opportunity to be in a cup final and to win something because not many players do win anything. We’ve got a fancy new training ground and I want to build a fancy new cupboard and put something in it.”

Winning is certainly something that members of that Sale side know something about. Monday will mark 12 months since the start of the 2019 World Cup in Japan, with substitute scrum-half Faf de Klerk having gone all the way with South Africa and vanquishing England in the final.

Harlequins do have winners in their side, too. The likes of Mike Brown, Chris Robshaw, Danny Care and Joe Marler have all tasted Premiership glory, as well as Anglo-Welsh success in 2013, incidentally beating Sale on that day too.

But this Quins side is somewhat different to the one that clinched silverware seven years ago. Buoyed by a lot of young talent that takes up a sizable portion of his matchday 23, Paul Gustard says that his youtful stars are looking forward to the challenge that faces them in the north-west.

“They are pumped,” Gustard started. “They are excited for it they are ready to contribute. We had a good meeting with our LBE (Leading By Example) group and we discussed what was required, what we wanted from each other. We asked each other what we would hold each other accountable for and then we took feedback from the rest of the group.

“That includes myself and what they want from me and how I can deliver it. I was really pleased with, one; the openness and honesty. Secondly, the confidence and feeling within the group.

“Marcus Smith isn’t phased by people or teams. He wants to go there and put his best foot forward, to show the world what he can do, and he is one of many young kids that have got a similar mind-set.”

At the age of 24, Joe Marchant is slowly edging away from that ‘youngster’ label. Starting at outside centre on Monday, he was some 11,000 miles away in Auckland when this final was originally set to take place,

Playing for the Blues in Super Rugby and Super Rugby Aoteroa, Marchant slotted in seamlessly with the likes of Beauden Barrett, Otere Black and Rieko Ioane. As a result of lockdown, he has been able to close off this season for his parent club and thrust himself in front of Eddie Jones with the conclusion of the Six Nations and the Autumn Nations Cup coming up.

“I’m very lucky to be in contention for the game this weekend,” Marchant said. “I was obviously looking at the team, just before lockdown when it was meant to be played, and I was watching all the games and I was really excited for the boys and it was a really exciting opportunity.

The Premiership Rugby Cup Final kicks off at 19:45 tomorrow night.