How the Jersey Reds helped Brett Herron move to Harlequins 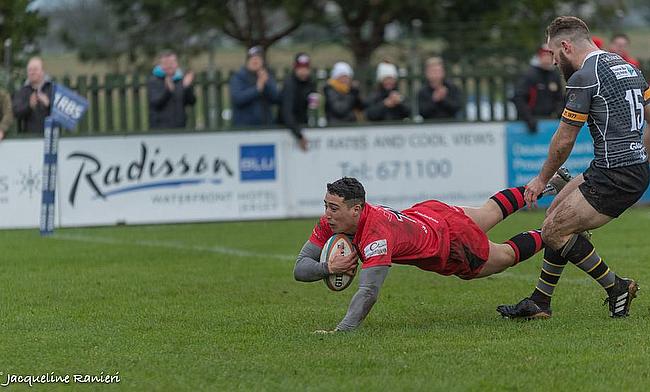 Yorkshire Carnegie - What has gone wrong?
Luke Northmore: Cardiff Met have made this dream become a reality
Championship Rugby - Some possible solutions
I didn’t force the issue to go and make a chance for myself - Beckett

In recent years, Jersey Rugby Club has been the breeding ground for several players that have gone on to become Premiership regulars, with some even progressing to gain international honours.

Another player to have gone to the Channel Island and moved into English rugby’s top table is fly-half Brett Herron.

Herron, who moved to Jersey after two seasons with Ulster, was signed by Paul Gustard’s Harlequins to join an already talented Quins half-back room that includes the likes of Marcus Smith and Scotland international James Lang.

“All of us are a similar age, it helps, and you spend a lot of time together positionally,” Herron said.

“There are a lot of similar interests, being of similar ages. With Nick (Evans) there, he’s someone you grew up watching week in, week out in the Prem.

“Obviously what he has done for the club is second-to-none, so it has been really good picking their brains, trying to learn and absorb what they’re telling me and advising me about the way that we conduct ourselves and train.”

Playing regularly at fly-half for Harvey Bijon’s Jersey side last season, Herron says that playing regular rugby was a big reason for him getting his move to the Premiership: “I think it massively helped me in trying to make the jump back up to the Prem. The regular exposure to playing 80 minutes every week is invaluable as a young player that’s still trying to learn and improve as much as possible.

“So, the year that I spent with Jersey was, for me anyway, a really good decision in terms of playing and helping my knowledge, durability and all those sorts of things that put you in a better stead going forward.”

Last season, Talking Rugby Union spoke to Jersey players Charlie Beckett and Augustin Slowik about why they moved to the island. Similarly to Herron, it was to follow in the foot-steps of Harry Williams and Gary Graham, who have since gone on to play regular Premiership rugby for Exeter and Newcastle, respectively.

“That was a big draw for me as well,” Herron said. “I remember one of my first conversations with Harvey, he mentioned that I remember our first day in Jersey, they were talking about who has been there before and who has made the transition.

“It was a massive part of my decision and, obviously, they’ve got a great track record with it. I think they do a lot right in helping develop young guys really.”

Playing quick, attractive rugby last season, Jersey made all the headlines with their try against London Irish, running the length of the field to score through Slowik. It was that attacking rugby that resulted in Jersey’s fourth placed finish in the Championship, the highest that the club has ever finished in second tier of English rugby.

This try is absolutely incredible!

“It was really nice last year as I think we adapted to the squad we had,” Herron said. “So, in years gone by, I know that they were famed for having a massive pack. We had that powerful pack last year, but we also had backs that liked to play with quick ball and express themselves.”

“It was nice to be able to do that and with the pack going forward and for us to express ourselves that way. Looking back at it, we scored some brilliant tries last year, just from moving the ball and throwing it about a bit.”

After finding out that he was going to move to Harlequins, Herron admits that making the step up to the Premiership was a lot to take in at the time: “It was quite surreal at first because, in my head, that’s how I mapped everything out,” he said.

“When it started to come to fruition, it was a bit overwhelming and exciting. At first, it was a bit like; right, let this sink in and not get thrown off where my focus is which was about finishing the season strongly with Jersey and continuing to make those improvements and then get excited about joining Quins.”

Speaking to Talking Rugby Union after the side’s first block of preseason had finished, Herron said that he has been enjoying his first preseason with the club: “It’s been really enjoyable on and off the field.

With the first chunk of pre-season completed ?, Gussy gives his thoughts on how it's gone, new players & different approaches ?? pic.twitter.com/xH7XngAc8v

“The guys have been brilliant, and the club have put on a few off-field things for us. We went to a place called Liquid Leisure, it was quite a different experience, but a really good team bonding trip. I’ve really enjoyed the first block of preseason and looking forward to getting a bit of rest now for the next week before starting back up for phase two.”

Due to the World Cup taking place this Autumn, the Premiership Rugby Cup will start on the 20th of September, with Harlequins taking on Bristol in the opening game although Herron isn’t getting ahead of himself and is focused on working hard for his place.

“I’m hoping to get any opportunity at some point this season. To be honest, it’s not really in the forefront of my mind at the moment. It’s mainly about trying to continue pushing myself for this next block of preseason, continue to understand the way in which we want to play and if those opportunities arise, I’m very excited for that.”