Yorkshire Carnegie - What has gone wrong? 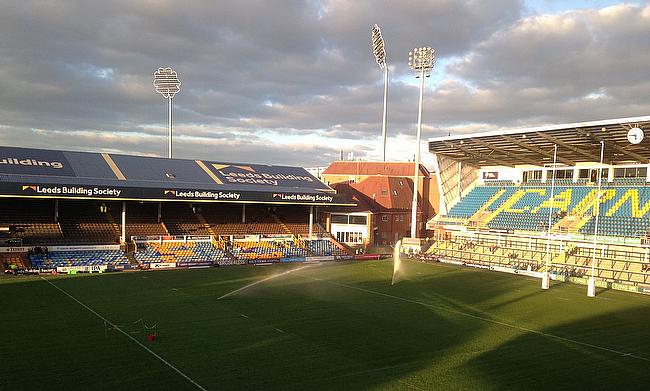 Last week, Yorkshire Carnegie agreed to bring Joe Ford back to the club, but the announcement was not received well.

After the launch of the new season took place at Twickenham on Monday, Joe Harvey takes a look at a sorry state of affairs at the Championship outfit.

Yorkshire Carnegie’s signing of Joe Ford certainly took a turn that not many expected. Daniel Temm, formerly of Newcastle and Ealing, revealed on Twitter that he and many other of his Carnegie teammates were the recipients of letters and emails from a local x-rays and MRI clinic asking for the players to pay their outstanding medical bills.

According to the letters, the company had requested payment from the club for several months but failed to get any correspondence from the Carnegie back-room staff in return. As a result, the players have been asked to pay for their medical expenses out of their own pocket. More worrying still, Temm described players as having received ‘15 pence to the pound’ of their agreed contracts, making you wonder if last season’s players even received their full pay packets.

I think there is about 15 boys with letters and emails the same as these. I played 22 league games, 8 cup games and 2 pre season games and no am paying for my own X-Rays. @theRPA @EnglandRugby pic.twitter.com/vpzCRbw4xS

When you go onto the club’s website and try to look at the first team profiles, you are met by what is essentially a blank page. Added to this, it was only two weeks ago that their Director of Rugby was appointed. Martyn Wood, who led Hull Ionians back to National One last season, will have to recruit an entire squad prior to the season starting in September.

Due to the club going from professional to semi-professional, Wood will most likely have to source his players from the national leagues, where he has developed good links during his time with Ionians, and will no doubt draw upon the club’s links with Leeds Beckett to blood some university rugby talent into the squad as well.

Admittedly, it is unsure whether Wood’s role is full-time or not, but Friday’s announcement seems clearer cut. Joe Ford is joining the club as both a player and as head coach, meaning that he will be the only full-time member of playing staff at Carnegie.

This will also be Ford’s fourth spell at the side having made his senior debut for them back in 2009. No doubt a good acquisition by the club, Ford’s arrival has to make you wonder where the financial backing to sign such a player has come from, given that the club’s situation has caused them to go part-time.

In fact, the situation was, or is, so bad that two days after Wood’s arrival at Headingly it was confirmed that the side would be staying in the Championship next season and not trading places with the recently relegated Richmond. The outstanding caveat to all of this is that Carnegie may be deducted 28 points before they even kick a ball, making it unlikely for them to even stay in the second division of English rugby next season.

As a result, Richmond, perhaps unfairly, will stay put in National One, however the west Londoners are appealing this decision with the RFU, meaning that there could be another part to this story yet to come.

The main concern has to be that Carnegie have no playing squad with just over a month until their first fixture. Added to this, it seems unlikely that any team that the side fields in their Championship Cup opener at Nottingham will have any prior experience at this level. This should bring in the RFU.

Player welfare has been at the top of our governing body’s agenda for most of this decade and to allow players who will be ill-prepared for a season in the Championship to take to the field against some opponents that have played professional rugby their entire careers, is flat out wrong.

COUNTDOWN TO THE NEW SEASON

As of writing this, any players signed will have the best part of seven weeks to prepare for what will be a gruelling season of rugby. Many will not have the required levels to perform at Championship level, let alone make sure that they can condition their bodies correctly.

This means that players could sustain serious injury and the fact that the club can’t even pay their old players’ medical bills, it would perhaps be unwise for any players to join the club without certain assurances that they would be taken care of correctly.

How the Mighty Fall

Once somewhat of a powerhouse in English rugby, the fall of grace by Carnegie has been spectacular in recent years. Earlier this year, there was even talk that if the Premiership was to be ring-fenced and expanded, bringing about a north-south conference system, that Carnegie could have been one of the teams lifted out of the Championship.

Having once featured the likes of Sir Ian McGeechan, Mark Regan and Danny Care, there is a long road until the club will get any sort of redemption. Almost certain to be in National One next season, you feel more for Richmond, a club that never spent or did anything beyond their means and must put in a lot of effort next season when a club in the league above them will be trying to overturn a 28 point deficit.

A tribute to @dannycare on the day he becomes England's most capped scrum half ??#ThisIsRugby pic.twitter.com/l54MvgsgKx

It is also especially sad for rugby in the north. Sale Sharks will be the northern-most club in the Premiership now that Newcastle Falcons have been relegated and whilst not a bad thing, it does starve the aspirations of young players fighting to get academy contracts at professional clubs.

Perhaps that was some of Carnegie’s problem. For many years, they had been a top club in English rugby, but for the past 10 years had been unable to get past the likes of Worcester, Bristol and London Irish who had got the winning formula right. As a result, many had lost their jobs. There is no doubt that many had moved their families from the opposite side of the world to live in Leeds and have had to now move on once more.

At times, it is difficult not to think back to 1995 and wonder where the club could be now if the RFU had taken control and introduced centralised contracts like so many of their rivals did.

Unfortunately, we will never know, and Leeds are paying a dear price now.