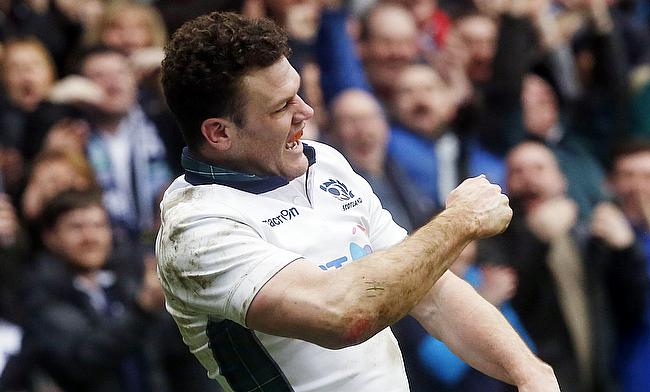 Scotland centre Duncan Taylor will be returning back home from the ongoing Japan tour after sustaining a hamstring injury during the first Test on last Saturday.

The medical team, who were hopeful of Taylor responding to the treatment, have now acknowledged the lack of probability for the 24-year-old to become available for this weekend's second Test.

Head coach Vern Cotter has decided not to call for replacements after clarifying the team is well covered in the midfield, with South Africa-based Scottish-born Huw Jones being the one of the possible replacement for Taylor.

Matt Scott and Peter Horne, who paired at centre for Scotland after Taylor's departure, along with Sean Lamont are the other possible options for Cotter.

As Taylor heads home, prop Gordon Reid is the new arrival to the squad. The 29-year-old was immediately called in as a replacement for Alasdair Dickinson after it became evident the Edinburgh prop won't be available for selection in the remaining tour.

Reid who was looked over as a part of the initial touring party, did not hide his disappointment at being left out. However, the Glasgow Warrior prop is now eager to make the most of the opportunity.

The visitors, who had a very less time to get acclimatized with the Japanese weather conditions, are still struggling to adjust to the warmer weather.

"It is great to be here, great to be back with the boys. When the team was named at the start I was a bit disappointed, I really was, but I was happy to get a full pre-season with Glasgow. Now that I have been called out for the second week, I am pretty happy to be here,” said Reid.

"I brought the Scottish weather over with me. It was nice, a good surprise when you are training to have all this heat. The boys are getting used to it, they have been training in it all week.

"I have been getting used to the heat, the humidity and all that kind of thing. I think it is going to be warm in the game. I think we are going to do well."

Scotland won the first Test in Toyota city by 13-26 and have taken a 1-0 lead in the two-Test series.