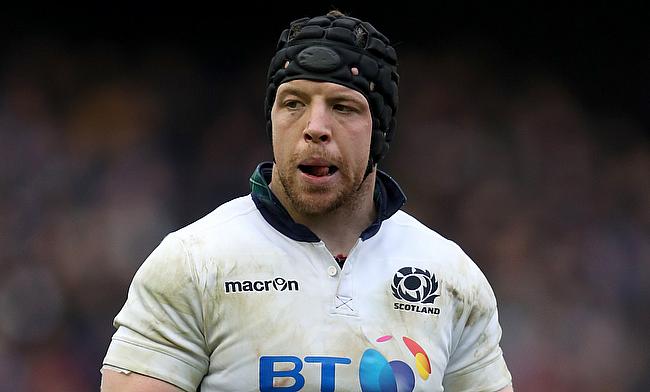 Scotland have called up Glasgow Warriors prop Gordon Reid as a replacement for injured Alasdair Dickinson for the second Test against Japan to be played on 25th June.

Dickinson suffered a hamstring injury in the third minute of the opening game at the Toyota City Stadium which Scotland went on to win 13-26.

Reid is expected to join the squad on Monday after making his last appearance for Scotland in February during the Six Nations encounter against Wales.

Apart from Dickinson, Scotland will be concerned about injuries to John Barclay, Willem Nel, Duncan Taylor, and Ryan Wilson as well.

Barclay and Taylor are suffering from shoulder and hamstring injuries respectively, while Nel and Wilson are struggling with knee injuries.

Even though Scotland could get away with the remaining three players missing out, losing Nel will dent a major blow to their plans as he is one among the only four props available in the squad.

However, Nel, who scored the second try for Scotland in the first game is hopeful of recovering in time for the deciding Test.

"I should be okay for next week. They came out all guns blazing and they are a physical team so it took us a while to break them down.

“It was a fairly close game. We need to get quicker to the breakdown and not give away silly penalties."