Gallagher Premiership XV of the Season 2018/19 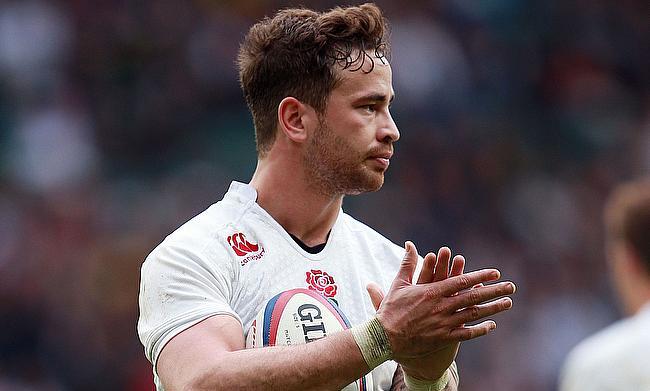 Saracens v Exeter Chiefs - Gallagher Premiership Finals - Match Details
Ruaridh McConnochie: 'I had a mate sending me the article and I was like ‘Oh really?!'
Premiership Semi-Finals Review: Saracens and Exeter march on to Twickenham
Cipriani needs Japanese motivation now more than ever

On the eve of the Gallagher Premiership Final, TRU have selected their Team of the Year. Joe Harvey explains the reason by our decisions…

1. Joe Marler (Harlequins) – Since retiring from international duty, Marler has shone for Paul Gustard’s side. With the scrum being the cornerstone for much of Quins’ attack, Marler has been instrumental in getting his side up to fifth in the table, just one year on after finishing 10th in the Premiership. Undoubtedly still capable of playing on the biggest stage, Marler will be a top performer for Quins for years to come.

2. Harry Thacker (Bristol Bears) – Not wanted by Leicester, Thacker has really found a home at Ashton Gate. Easily one of the best front-row forwards in the loose, Thacker has scored seven tries for Pat Lam’s side in the Premiership, with one of those scores being the deciding factor in the hooker’s return to Welford Road.

4. Franco Mostert (Gloucester Rugby) – Despite only joining up with Gloucester in December, Mostert’s effect on the Cherry and Whites has been remarkable. Playing nearly every minute since taking up a space in the starting line-up, Mostert has been formidable in both attack and defence for Johan Ackermann. One of several high performing South Africans, Mostert has clocked up nearly 200 tackles since arriving on British shores.

What a great season it’s been. Unfortunately we couldn’t pull it through but still very proud of the team. What a pleasure to play for @officialgloucesterrugby #semifinal #lovemylife #everythingmostert #godisgreat pic.twitter.com/y5ue1Reesb

5. Ed Slater (Gloucester Rugby) – Another vital cog in the Gloucester machine, Slater’s importance to the Cherry and Whites transcends his performances on the pitch. If there was to be one word to describe the lock, it would be leader. Whether he has the captain’s armband or not, Slater, like Thacker, is proving the Leicester hierarchy wrong with his dominant performances. Simply phenomenal.

6. Steve Luatua (Bristol Bears) – It’s hard to remember that Luatua is just 28 years of age and will be spending the best years of his career in the Premiership. Only missing out on one Gallagher Premiership fixture this season, Luatua has been dominant at the breakdown for Bristol and has led his side admirably when requested. He will be an important part of this Bears side for years to come and we look forward to seeing more.

7. Tom Curry (Sale Sharks) – With 22 turnovers, Tom Curry tops the Premiership charts for that skill. Despite taking a hiatus from the Premiership to shine at openside flanker for Eddie Jones’ England, Curry has had a tremendous impact in the competition this season. Playing in the Champions Cup next season, Curry deserves to be performing in the top level of European competition and will be a joy to watch at the World Cup.

8. Alex Dombrandt (Harlequins) – A breakthrough player for Harlequins, Dombrandt has transitioned from BUCS Super Rugby with relative ease. Scoring five tries in the Premiership the former Cardiff Met man has quickly become a crowd favourite at the Stoop. Earning a call-up to play for the England XV against the Barbarians on Sunday, Dombrandt really isn’t a million miles from the senior England squad and will hopefully represent the national side at the next Six Nations.

9. Cobus Reinach (Northampton Saints) – Yet another South African scrum-half that has amazed this season. Scoring several intercept tries, the former Lions man has scored 17 tries in all competitions this season, a very good return for a half-back, leaving him joint top try scorer in the league alongside Denny Solomona. With an incredibly well-rounded skillset, Reinach has easily been Northampton’s player of the season and one of the league’s most consistent performers.

10. Danny Cipriani (Gloucester Rugby) – Whilst Cipriani’s move to Gloucester hasn’t resulted in any further England caps for the former Wasps man, Cipriani has easily been the most impressive player in the Premiership. Unreal passing, kicking and game management earnt the 31-year-old the Premiership Player of the Year. Slotting in seamlessly into Johan Ackermann’s system, the Londoner took the Cherry and Whites to the next level with relative ease.

11. Bryce Heem (Worcester Warriors) – Despite ending the season with a ban, Heem’s dominant performances on the wing for Warriors are one of the reason’s that the West Midlands-based side avoided the drop. Breaking opposition tackles with ease at times, it is a shame that the New Zealander will be leaving English shores in search of a bigger paycheck elsewhere, although completely understandable given his talents.

12. Rory Hutchinson (Northampton Saints) – Arguably his breakthrough season at Northampton, despite having played for the side since the 2014/15 season, Hutchinson has gone from strength to strength having consistently played in the first team. With deft hands, good kicking and evidently having an extremely intelligent rugby brain, the 23-year-old has earnt his call-up to Gregor Townsend’s squad for the Rugby World Cup in Japan.

13. Nick Tompkins (Saracens) – It is a great shame that Tompkins’ playing time will be cut down with the impending arrival of Elliot Daly at the Allianz. The Academy product has played for England at every level, but is yet to receive a senior cap. Scoring three tries in the semi-final against Gloucester, Tompkins has been one of Mark McCall’s most consistent performers in the Gallagher Premiership and will hopefully get enough minutes next season.

14. Ollie Thorley (Gloucester Rugby) – Another break-out star in this season’s Premiership, Thorley made a name for himself with a series of bulldozing runs and searing pace that outwitted his opposite numbers. Making his Cherry and Whites debut aged 17, the youngest player to wear a Gloucester shirt in the professional era, Thorley guaranteed himself a place in the starting 15 this season. Still only 22, many already believe that Thorley is the future for England and, when he is in full flow, it’s difficult not to disagree.

Watch it again and again...

This ridiculous score by Ollie Thorley has been named Gallagher Premiership try of the season ??pic.twitter.com/EpiXxRPbNt

15. Ruaridh McConnochie (Bath Rugby) – One of this season’s biggest success stories, McConnochie has transitioned from playing full-time sevens with ease. An Olympic silver medallist, the back has scored try after try and was easily Bath’s player of the season. Possibly getting more playing time than originally anticipated, long-term injuries to Anthony Watson and Semesa Rokoduguni allowed McConnochie to thrive for Bath, filling the void left by Matt Banahan admirably.

- John Afoa (Bristol Bears) – Pat Lam knew that what Bristol needed to stay up in the Premiership was a stable scrum and Afoa has certainly shown that. An All Black international, Afoa has provided Bristol’s stacked backline with a good platform to attack from and has even been helpful in the loose.

- Henry Slade (Exeter Chiefs) – Four years ago people weren’t sure if Slade could make the step up to international rugby, but now he is by far one of the best outside centres in the Premiership. Extremely adept in both attack and defence, Slade started the season superbly and even became one of England’s stand-out performers in the Autumn internationals and Six Nations.

- Simon Hammersley (Newcastle Falcons) – Easily Newcastle’s most consistent players this season, Hammersley got the Falcons on the front foot regularly as the Durham University alumni beat 68 defenders and made over 1500 meters in the Premiership. On his way to Sale for next season, Hammersley could be the missing piece of Steve Diamond’s puzzle.

Alex Dombrandt in the mix for England against the Barbarians. Great to see Josh Beaumont, Simon Hammersley & Tom Dunn all selected too. #TRU https://t.co/goCdzXXLyN

- Sam James (Sale Sharks) – Playing across the backline, James has been involved in every Premiership game for Sale this season. Despite being thought of as an outside centre, James admirably filled in at full-back and fly-half on many occasions, rightfully earning plaudits for often playing out of position.

- Brad Barritt (Saracens) – In his 11th year as a Saracen, Barritt has led this side as effectively as ever, putting his body on the line. Potentially missing the Premiership final this weekend, Barritt’s importance to the Sarries defence is phenomenal and will be a big miss at Twickenham if not available.